SEOUL, May 7 (Yonhap) -- As electric vehicle sales are growing in South Korea, one big issue coming in the foreseeable future is what to do with rechargeable batteries that outlive their useful life for a vehicle.

Lithium-ion batteries, a key component that determines an EV's driving range and performance, inevitably degrade with time and use, and they are recommended for replacement within 5-10 years due to slowing charging speeds and shorter driving range.

One idea is to reuse still-useful batteries in less-demanding applications, such as energy storage systems (ESS), which store power during off-peak hours to complement intermittency of renewable energy produced by solar or wind power.

Recycling could make sense if the batteries are considered not desirable for reuse but still contain highly valuable metals, especially amid rising prices of nickel and cobalt and potentially tight supply of other battery materials.

The need to dispose of a rising number of EV batteries in the future has already prompted EV makers and battery manufacturers to explore ways to reuse or recycle them, leading to the emergence of new industries and business models.

Hyundai Motor Group, which aims to release 23 EV models by 2025 across Hyundai Motor and Kia models, has joined hands with its battery suppliers and local energy companies to explore a feasible, sustainable second life for EV batteries. 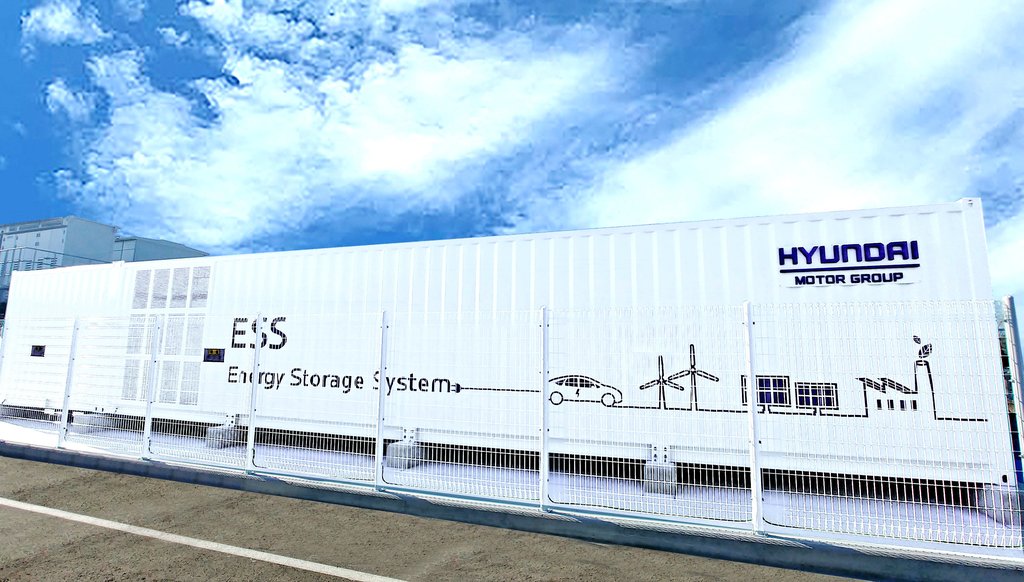 "The project will allow Hyundai Motor to accumulate know-how in an emerging business field," Oh Jae-hyuk, head of Hyundai Motor's new energy business, said. "The EV-battery based ESS business is expected to enhance EV's eco-friendliness and boost renewable energy use."

The global capacity of EV charging stations integrated with ESS is expected to rapidly grow from 329 Mwh in 2019 to 3,310 Mwh by 2024, according to market research firm Navigant Research.

LG Energy Solution Ltd., which supplies lithium-ion batteries to Tesla, General Motors, Volkswagen and Hyundai Motor, has also been developing technologies to prepare for a large pool of batteries set to retire in the coming years.

The battery unit under LG Chem Ltd. has built an ESS-integrated EV charging station in its Ochang factory, about 120 kilometers south of Seoul, by using batteries collected from electric taxis with over 100,000 km of driving history, and plans to install more in other locations.

When spent batteries are considered no longer usable for ESS, they can be decomposed to recycle valuable materials, such as nickel, cobalt and manganese, the company said.

LG Energy aims to establish a battery material recycling system in its Chinese factories within this year and phase in the system in South Korea and Poland by next year to create a "circular economy."

"As retired EV batteries can be recycled depending on their remaining life spans and conditions, the company has been developing technologies to effectively use them and looking at ways for their appropriate applications," LG Energy Solution said in a release. 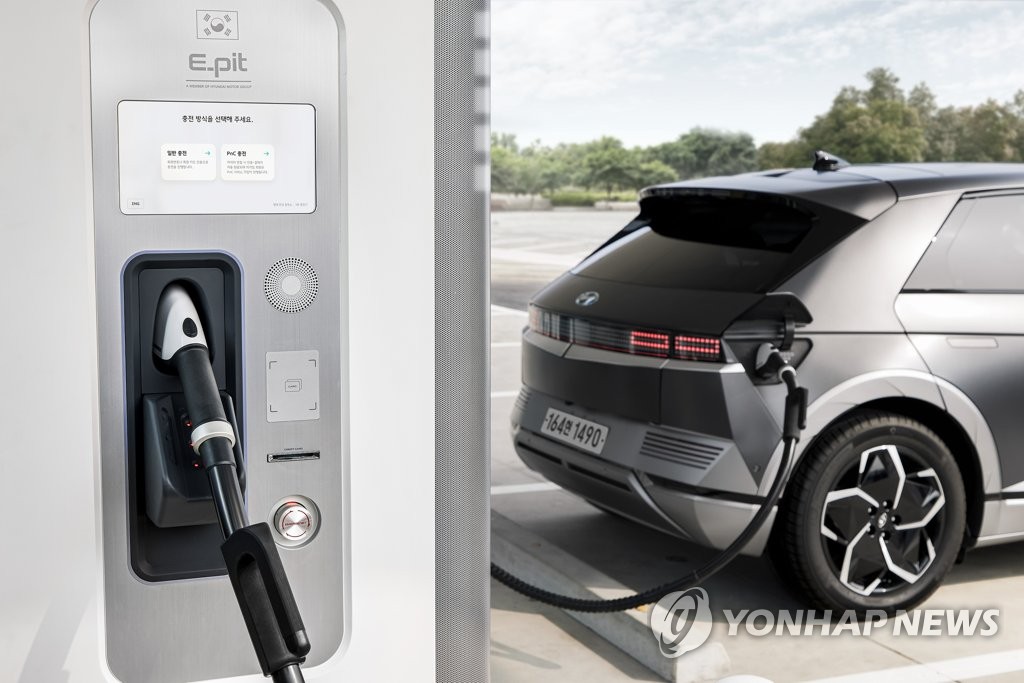 Hyundai Motor and LG Energy are soon expected to have a large pool of disused batteries from Kona EVs as a domestic recall has been under way since March 29 for about 25,000 vehicles over fire risks.

They are part of over 81,000 Kona EVs and two other models included in the global recall, one of the first mass battery pack replacements in the EV industry.

"Considering the Kona EVs subject to recalls were produced in less than three years, the two companies have been discussing all available options to reuse or recycle them, but nothing has been confirmed yet," an LG Energy official said.

Currently, used EV batteries in the nation are collected by local governments, which provide subsidies for EV purchases. A lack of regulations on the recycling of used batteries has resulted in them stacking up inside government storage areas as burying or burning them are banned due to fire risks and environmental impact.

With a looming shortage of space, the government has adopted a "regulatory sandbox" to temporarily lift regulations on discarded batteries and allow automakers and battery makers to take over dead batteries to conduct various pilot programs and develop new business models.

To support the EV industry's efforts, the Ministry of Trade, Industry and Energy plans to invest 1.3 billion won (US$1.5 million) by 2024 to prepare testing methods for used batteries, explore their applications and incorporate them in renewable energy projects.

Experts say the EV industry and the government should work together to collect batteries in different sizes, formats and electrode chemistry to set standard performance specifications for easier battery recycling and avert a spent battery waste crisis.

"With the increased adoption of EVs in the domestic market, EV batteries are expected to retire in large scale starting from 2026, and batteries from over 100,000 EVs are expected to pile up in 2030," Kim Se-yeop, a senior researcher at the Korea Automotive Technology Institute, said. "For the used EV battery industry to take off, the industry needs standards for battery collections, to develop reprocessing technology and come up with standardized specifications for batteries' quality and performance."