SEOUL, May 8 (Yonhap) -- Men and women in their 20s show the biggest difference in their levels of sexual harassment understanding and gender equality consciousness than other age groups, research released by the state human rights watchdog said Saturday.

According to the report by the National Human Rights Commission of Korea (NHRCK), men in their 60s and teens have the highest level of misunderstanding and prejudice about sexual harassment, whereas women in their 20s and 30s have the lowest such level. 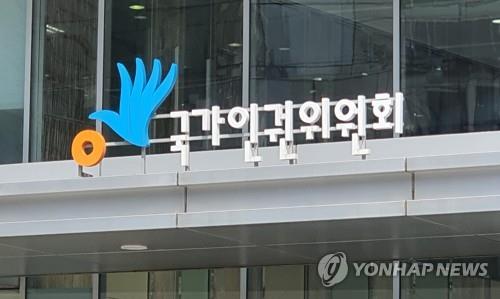 The NHRCK has compiled the report based on an online survey of 10,212 people nationwide, including fifth graders and older students, conducted from Oct. 21 to Nov. 16 last year.

The most affirmative response was given a maximum score of 6, with the most dissenting response receiving a score of 1. It means higher scores reflect greater misunderstanding of sexual harassment.

The gender gap in the perception towards sexual harassment was biggest among those in their 20s. Men and women in their 20s got scores of 2.6 and 1.75, respectively, registering a difference of 0.85. In other age groups, the gender gap ranged from 0.5 to 0.7.

The Seoul-based Happy Work Institute, which conducted the research work on behalf of the NHRCK, said people in their 60s, 50s and teens showed comparatively higher degree of misunderstanding towards sexual harassment.