INCHEON, South Korea, May 6 (Yonhap) -- Hundreds of bars in the western port city of Incheon will reopen their doors next week, defying a government order to shut down during COVID-19, an owners' association said Thursday.

Local authorities in the city, 40 kilometers west of Seoul, reimposed a sweeping ban on entertainment establishments, including bars and nightclubs, on April 12 amid a resurgence of coronavirus cases.

"We will push ahead with our business from May 10 to eke a living even if it means we may face a fine or business closure," the small bar owners' group said in a news conference.

"What scares us more than COVID-19 is livelihood difficulty. We cannot stand it anymore."

About 70 people participated in the event in front of the City Hall. They put up wreaths of condolence with a banner that read "Bars sentenced to death by the government." 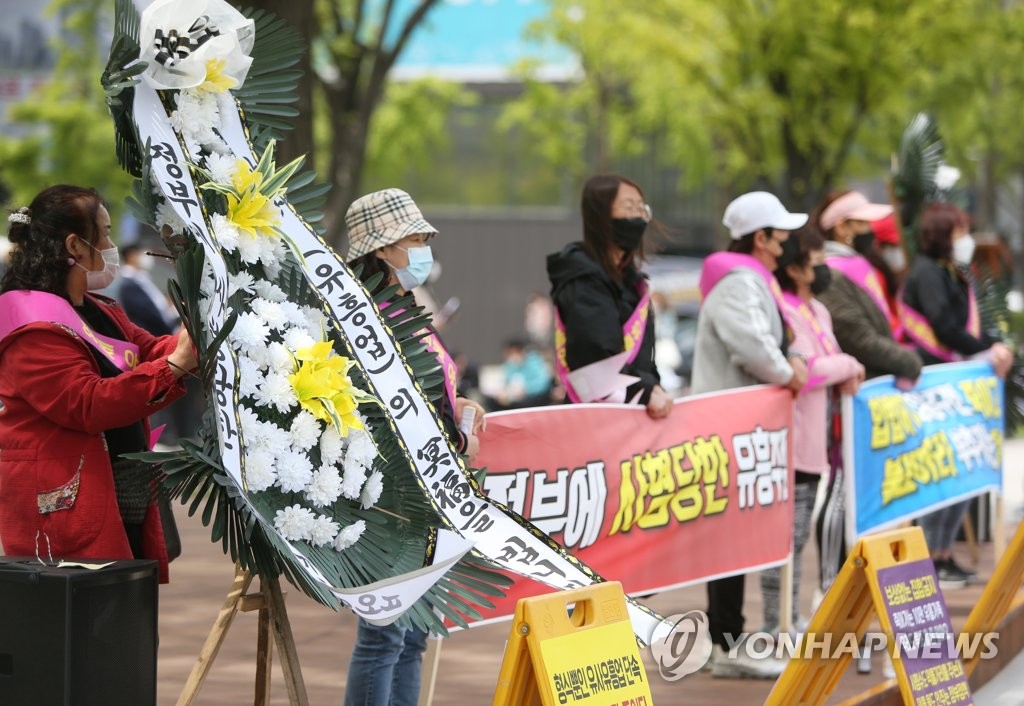 "The government has forced us to close our doors for more than 300 days over the past 15 months, making bars a scapegoat in the name of infection prevention measures," they said.

More than 80 percent of about 1,000 entertainment bars in the city will join the reopening, Chung Se-young, chief of the association, said.

The group has demanded municipal authorities come up with reasonable guidelines for their business operation but has yet to receive an answer, he said.

Incheon is under Level 2 social distancing rules, in which such venues are closed down in principle. But the central government lets local authorities allow their operation until 10 p.m. depending on conditions, including their compliance with coronavirus restrictions.

But Incheon, along with Seoul and neighboring Gyeonggi Province, maintains a ban on drinking establishments. The greater Seoul area accounts for more than 60 percent of COVID-19 cases in the nation.

Later in the day, Incheon city said it will strictly deal with bar owners' breach of the closure order.

"We understand bar owners' feelings, but the infection prevention measures were taken jointly with Seoul and Gyeonggi, and it is impossible for Incheon alone to allow their operation," a sanitary policy official of the city said.

The authorities will examine whether they follow social distancing protocols and take legal measures against violations, the official added. 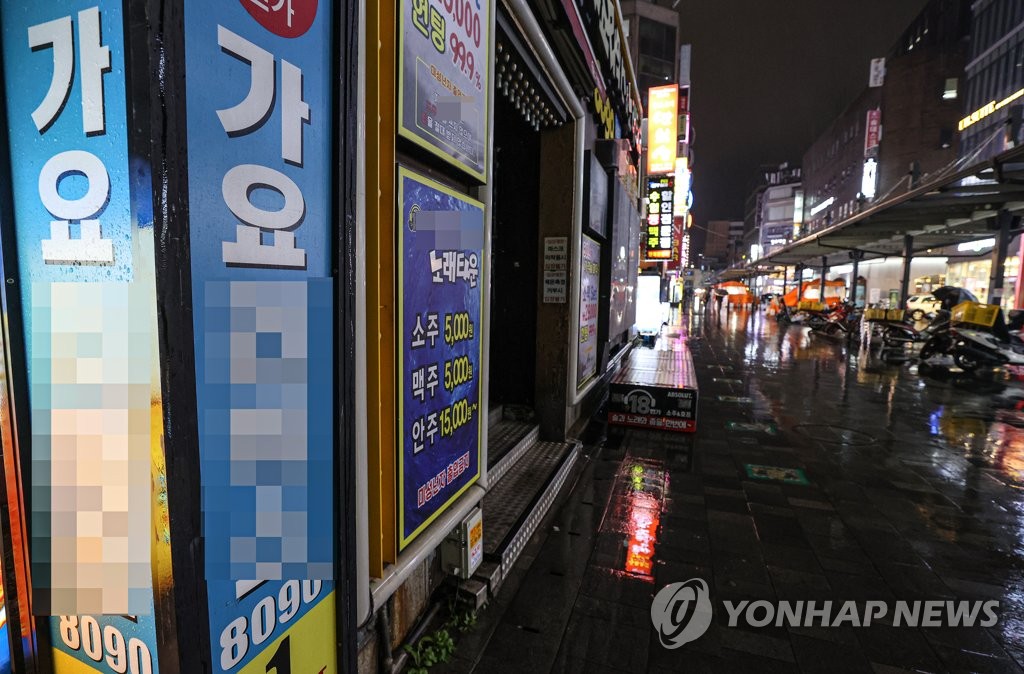 Bar owners in Busan, 450 kilometers south of Seoul, also staged a rally demanding the government lift a ban on their business operation. They claimed they are unfairly treated compared with other establishments.

"General restaurants resume operations after disinfection and ventilation even if infections occur there. Religious facilities operate without a gathering ban even if there are large numbers of cases," they said in front of the City Hall of the southern port city.

"The entire entertainment sector is treated as a sinner and placed under an infinite gathering ban."

About 150 owners and employees of bars participated in the rally. They attempted to enter the City Hall, causing a brief standoff with security guards.
(END)