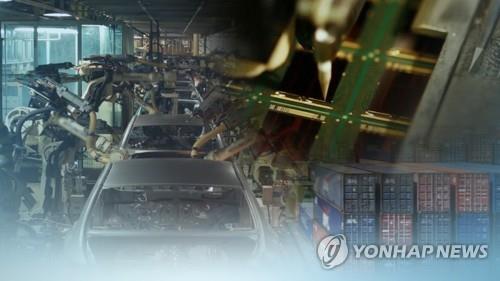 Exports, which account for half of the South Korean economy, rose 16.6 percent on-year in March to extend their on-year gains for the fifth consecutive month on the back of brisk demand for chips and cars.

Imports gained 18.8 percent to $49.6 billion, resulting in a trade surplus of $4.17 billion. It marked the 11th consecutive month for the country to post a trade surplus.

In March, the services account deficit stood at $900 million, compared with a surplus of $110 million the previous month.

The income account racked up a $1.28 billion surplus in March, narrowing from a surplus of $2.12 billion a month earlier.

For the first three months of this year, the country's current account surplus reached $22.82 billion, nearly doubling from a surplus of $12.93 billion during the same period of last year.