SEOUL, May 7 (Yonhap) -- Uncharacteristically wobbly with his command, Toronto Blue Jays' left-hander Ryu Hyun-jin labored through five innings for a road victory against the Oakland Athletics in his first outing back from the injured list (IL).

Ryu allowed four runs on six hits, including a home run, in five innings at Oakland Coliseum in Oakland on Thursday (local time) and watched his teammates tacking on late runs for a 10-4 victory. Ryu is now 2-2 with a 3.31 ERA for the season. 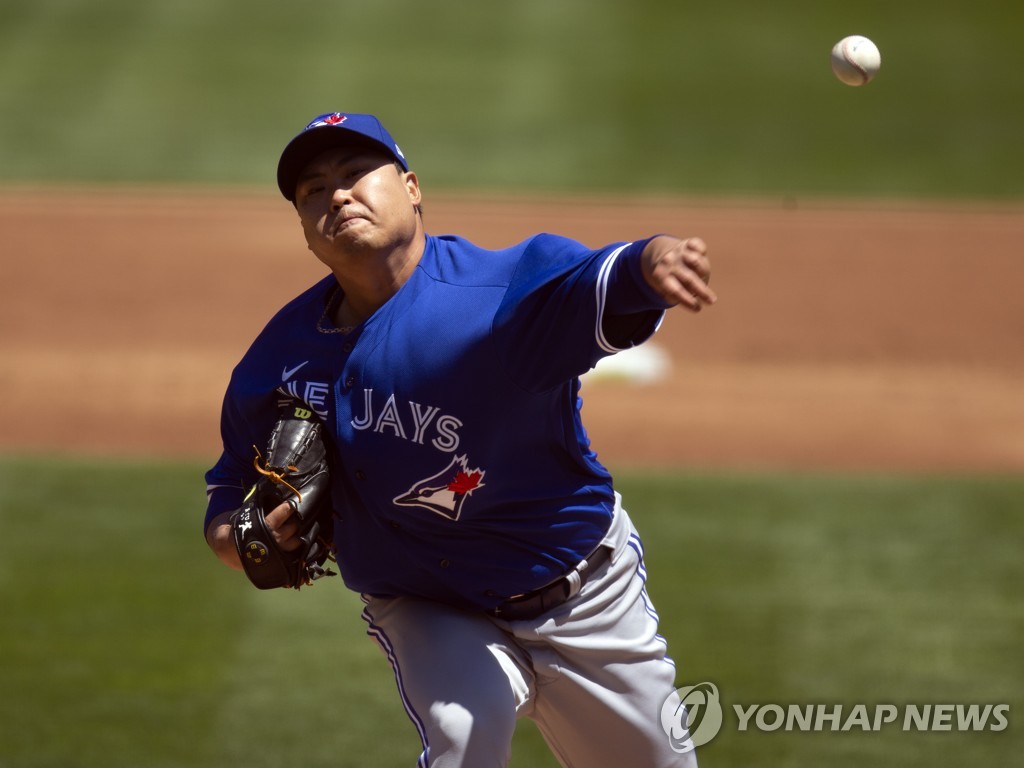 Ryu had missed one turn in the rotation after hitting the 10-day IL with a right glute strain. He took himself out of an April 26 start against the Tampa Bay Rays after 3 2/3 innings with that injury.

It wasn't considered serious then, and Ryu said after his win that he wasn't overly concerned about his condition.

"I still had some lingering pain for the first couple of days (after the Rays game), but I started feeling better afterward," Ryu said in his postgame Zoom session. "I threw a bullpen during my rehab and felt great. So I was able to make a quick return and had no pain today. I am in a good spot."

Ryu wasn't in such a good spot in the first inning, though, as leadoff man Mark Canha drilled a second-pitch fastball from Ryu for a solo home run. 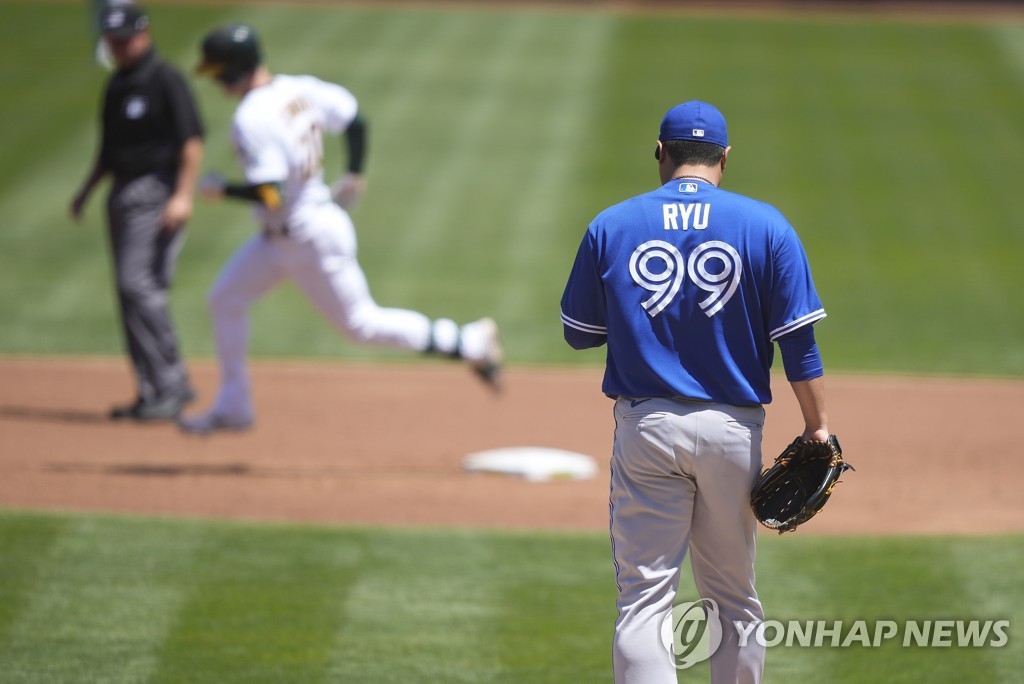 Ryu was touched for three runs on three hits and a walk in the third inning, with Matt Olson's double and Sean Murphy's single doing the big damage.

Ryu admitted he didn't have his best command in this game and had trouble maintaining proper balance on the mound.

"I made too many mistakes, and it's hard to single out one pitch," Ryu said. "But that home run and the double were the two that stand out."

This was only the second time that Ryu managed to win a game after giving up at least four runs. As a big league rookie pitching for the Los Angeles Dodgers on July 22, 2013, Ryu earned a win despite allowing four runs in 5 1/3 innings against the Blue Jays in Toronto.

Canha ambushed an 88.2 mph fastball for his home run, and Ryu's four-seamers sat around the high 80s in the early innings. Ryu has never been a flamethrower, and he came into the game with an average fastball velocity of 89.7 mph for the season. 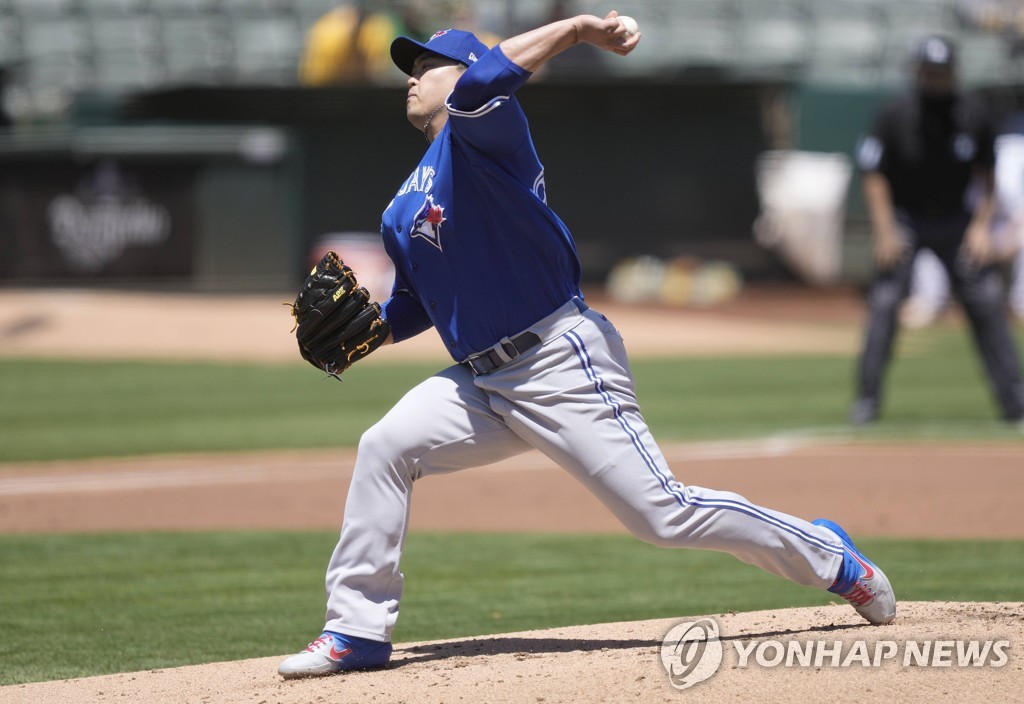 Though he mostly gets hitters out on soft contact or on awkward-looking swings on offspeed pitches, Ryu still needs to establish his fastball command to make his secondary pitches more effective. He had neither the speed nor the command of that fastball early, but curiously enough, the velocity went up as the game progressed.

His hardest fastball of the day, at 90.8 mph, came in the fifth inning. He also touched 90 a couple more times in the same inning.

"I don't honestly know how that happened, but I pitched better in the fourth and fifth innings than in earlier innings," Ryu said. "I'll have to go back and break it down tomorrow." 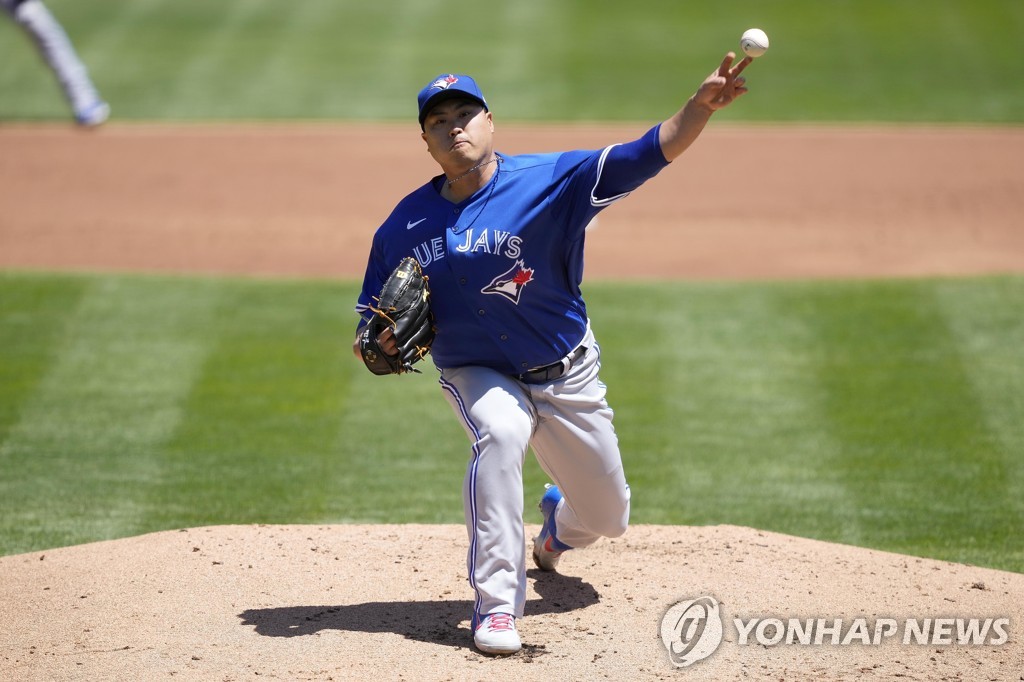