SEOUL, May 7 (Yonhap) -- Unification Minister Lee In-young said Friday that North Korea is not likely to carry out major provocations ahead of summit talks between the United States and South Korea slated for later this month.

"We cannot rule out all possibilities of North Korea raising tensions but many experts say that the chances of the North heightening military tensions ahead of the South Korea-U.S. summit remain relatively low," Lee told a local radio show.

"I think it is because North Korea must already know well that things went awry significantly during the Obama administration and it won't make such a mistake again," he added.

On Sunday, North Korea strongly blasted President Joe Biden for making the "big blunder" of calling its nuclear program a serious threat, warning the U.S. will face a "worse and worse crisis beyond control."

The harsh words came after the U.S. said that its monthslong policy review on North Korea had been completed, providing a broad contour of the results by saying that Washington's goal remains the complete denuclearization of the Korean Peninsula.

Lee saw the North's recent criticism of the U.S. as aimed at putting pressure on Washington in the hope that it makes more concessions through a "tug-of-war."

The minister also said that North Korea will likely keep close tabs on developments in the run-up to the South Korea-U.S. summit to be held in Washington on May 21, when the North's nuclear issue will be one of the major agenda items. 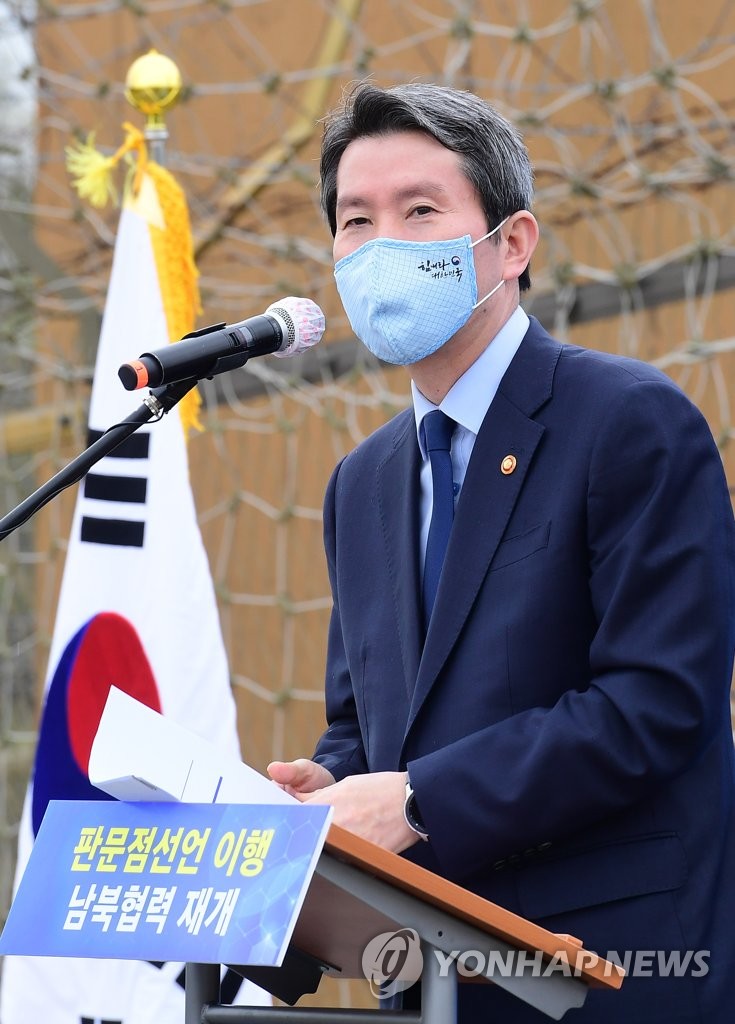 N. Korea unlikely to carry out provocations ahead of S. Korea-U.S. summit: minister

N. Korea unlikely to carry out provocations ahead of S. Korea-U.S. summit: minister