SEOUL, May 7 (Yonhap) -- The military will try to raise the average daily meal cost for service members by 20 percent to 10,500 won (US$9) next year, the defense ministry said Friday, after coming under criticism that soldiers, especially those under coronavirus quarantine, are poorly fed.

Defense Minister Suh Wook discussed the raise and other measures during a meeting with military commanders, ministry officials said. The current cost per meal for troops is 2,930 won, lower than the average for high school students at 3,625 won, they said.

"As the military buys ingredients in large quantities compared to schools, we believe that the quality of meals can be greatly improved even if it is raised to the level of high school students," a ministry official said.

Other measures include the introduction of a buffet-style breakfast with cereal, toast and coffee, along with Korean dishes, to provide more options for young soldiers, as well as allowing more delivery foods.

The ministry also said it will help soldiers in quarantine buy goods from base exchange stores, known as PX, and have them delivered.

"Some units are already providing such a service using mobile messengers. Our plan is to expand the system to other bases," another official said. 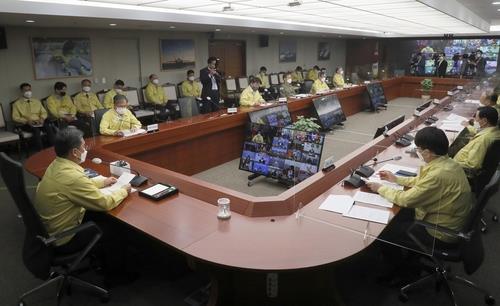 As part of efforts to improve the living conditions while in quarantine, the military will also begin allowing soldiers using the same residences to go on vacation at the same time so that when they return those same facilities can be used as a quasi-quarantine facility under a cohort isolation system.

The military came under fire after a series of photos and other information related to their poor living conditions, such as meal quality and excessive COVID-19 quarantine rules, were sent to a Facebook account that serves as an anonymous bulletin board for service members.

The ministry said it will look into why troops had to resort to external channels to make their voices heard and consider developing a new system to improve communication to alleviate difficulties suffered by the draftees.

Rank-and-file soldiers were officially allowed to use their mobile phones after work last year though taking photos, videos or recording sound is still prohibited.

"I consider the recent series of incidents very seriously," Suh told commanders at the start of the meeting. "I hope you put utmost attention to finding a balance among maintaining a readiness posture, responding to COVID-19 and protecting service members' human rights." 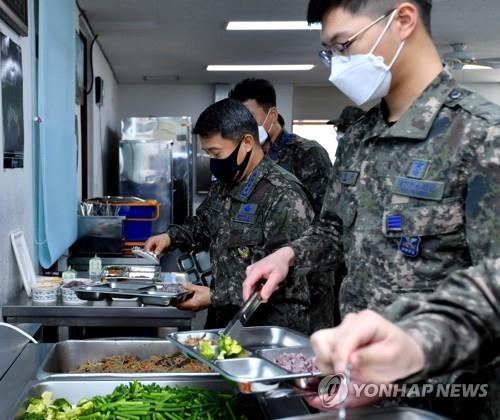