LONDON/SEOUL, May 7 (Yonhap) -- Foreign Minister Chung Eui-yong has said it is desirable for the administration of U.S. President Joe Biden to name a point man on North Korea, noting the appointment, if made, may signal America's focus on engagement with Pyongyang.

Chung made the remarks during an interview with Yonhap News Agency in London on Thursday, amid questions over whether the U.S. would appoint a new special representative for North Korea, a post previously held by former Deputy Secretary of State Stephen Biegun under the former Donald Trump administration.

"Though the U.S. may need to review this matter more, it is desirable to appoint one," Chung said, after he attended a gathering of Group of Seven (G-7) foreign and development ministers in the British capital.

"If you look at past cases, having a figure in full charge of North Korean issues could impart an impression to the other side that one is concentrating on the negotiations," the minister added. 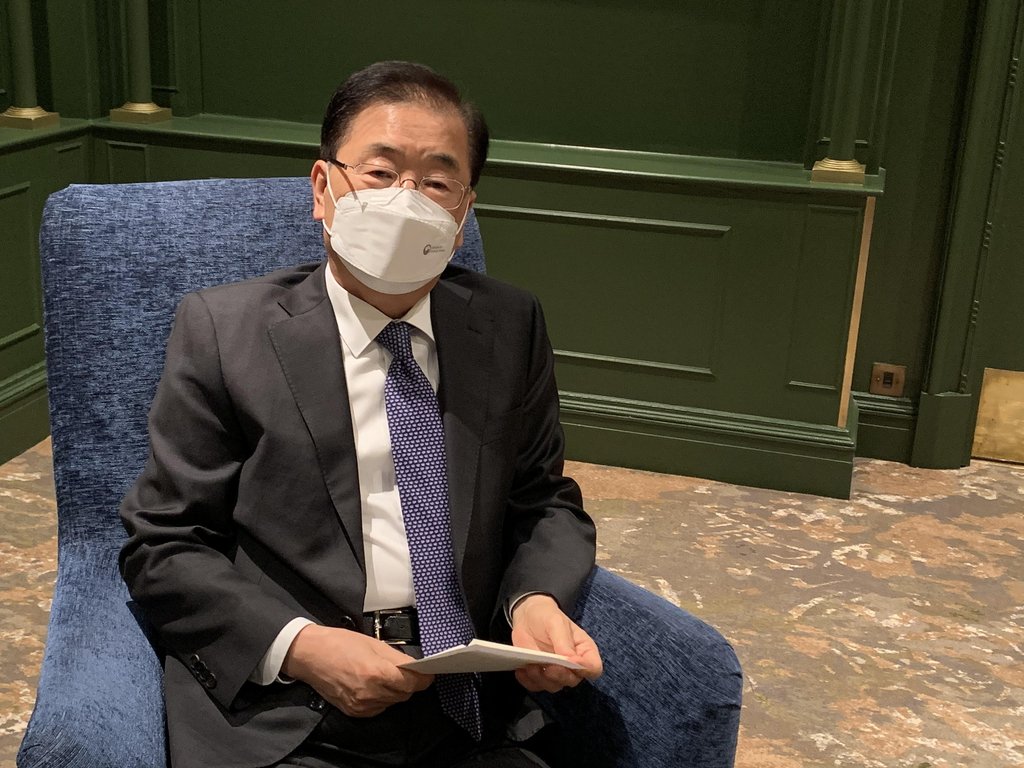 Touching on Washington's completion of a review of policy on the North, Chung said that he has received detailed explanations from Secretary of State Antony Blinken and that the U.S. would also explain it to Pyongyang in detail.

Asked why he has assessed the result of a U.S. policy review as "realistic and practical," Chung reiterated his positive view.

"If you listen to the U.S. announcement on that later, you would share the view that Washington has reached a reasonable conclusion," he said.

Last week, the White House said that the Biden administration had completed a monthslong review of its policy on the North and said it would seek a "calibrated, practical" approach toward the goal of the complete denuclearization of the Korean Peninsula.