He has just a year in office to handle the problems, the results of which will affect the chances of his Democratic Party (DP) winning the next presidential election. 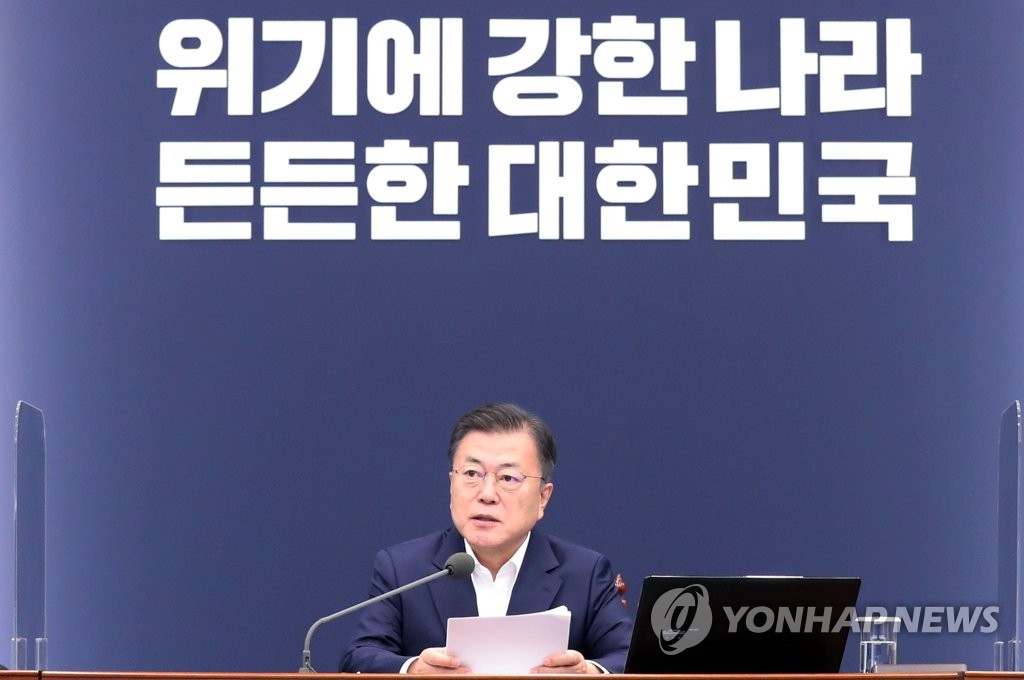 Moon is grappling with the coronavirus vaccine issue, as his government aims to achieve herd immunity by November. Hundreds of newly confirmed coronavirus cases are reported daily in South Korea. Many people have doubts about the smooth supply of vaccines. They are concerned about the safety of AstraZeneca vaccines, with Pfizer-made ones, the only other brand currently available here, reportedly in short supply.

Moon had gained huge public support for the government's early-phase coronavirus response, praised by the international community. South Korea, however, is now dubbed a "laggard" on vaccines.

He expressed confidence to the public that the country's vaccination program is on the right track.

"The introduction of vaccines and inoculations are going smoothly beyond the original plan," he stated at the outset of a special Cheong Wa Dae session on the coronavirus held Monday.

As many as 13 million people will get vaccine shots before the end of June, 1 million more than originally planned, he added.

The president is also emboldened by reports that the country's gross domestic product expanded 1.8 percent in the first quarter of 2021 in comparison with a year earlier.

But the faster-than-expected growth, much led by exports, belies a widened asset gap and deepened troubles for people's livelihoods, critics point out. Those in their 20s are struggling to land decent jobs.

In particular, the left-leaning Moon administration has failed to stabilize the property market despite a series of strong policy packages.

Voters are highly sensitive to the matter, along with the coronavirus problem, as demonstrated in the ruling party's crushing defeat in the April 7 Seoul and Busan mayoral by-elections.

According to a Gallup Korea survey from April 27-29, his approval rating dropped to below 30 percent for the first time since he took office on May 10, 2017. It rebounded to 34 percent in this week's poll.

Moon is pinning his hopes on the new lineup of officials to be in charge of the thorny real estate issue, as he is replacing the prime minister and the land minister.

The ruling party plans to set up its own special committee of experts on relevant policy measures, under the initiative of its new leader Song Young-gil. 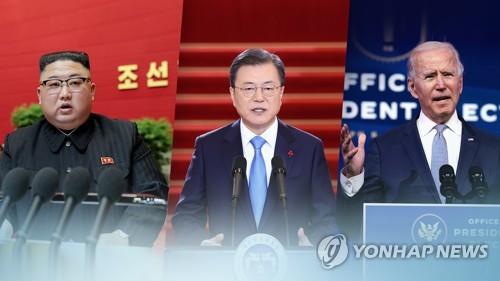 In the coming weeks, Moon is also expected to focus on efforts to reactivate the Korea peace process that has been stalled for more than two years since the no-deal Hanoi summit between U.S. President Donald Trump and North Korean leader Kim Jong-un.

Trump is gone and his successor, Joe Biden, has reset the policy on Pyongyang to take a "calibrated practical approach" for complete denuclearization.

Moon is scheduled to hold his first in-person summit with Biden at the White House on May 21 and join the Group of Seven (G-7) summit in Britain in June.

Moon was once regarded as playing a mediating, or facilitating, role between the leaders of the U.S. and North Korea. For now, he has little room to maneuver amid chilly inter-Korean relations.

North Korea even announced a decision to skip the Tokyo Olympics, citing worries about the coronavirus, a setback to Moon's push for a breakthrough similar to that at the 2018 PyeongChang Winter Games.