SEOUL, May 9 (Yonhap) -- South Korea said Sunday it will strengthen its monitoring system against cryptocurrency-related phishing websites by working with the National Police Agency amid recent surges in prices of virtual money.

The ICT ministry said there have recently been increasing reports of phishing attempts via text messages that lead cryptocurrency users to enter their exchange IDs and passwords on fake websites to steal them and access their accounts.

The ministry said it found and blocked 32 such phishing websites in the past three months, compared with a total of 41 websites detected in the whole of last year. 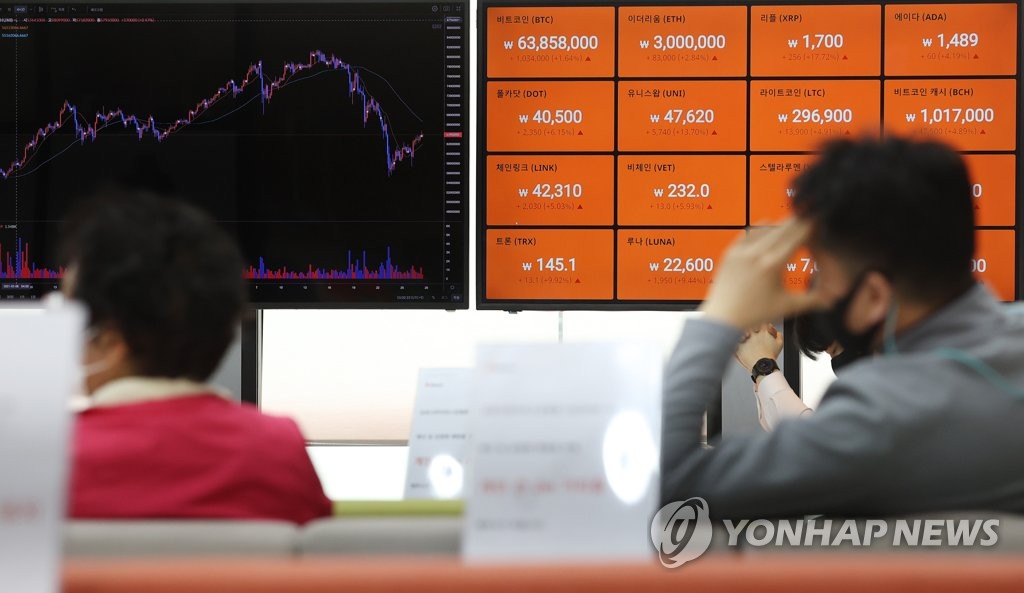 Examples of such websites include www.bithnub.com, compared with the address of local cryptocurrency exchange Bithumb -- www.bithumb.com.

The ministry said it will strengthen its 24-hour monitoring system to swiftly block such phishing websites.

The National Police Agency has also been conducting a crackdown on phishing websites since the start of March this year.

As of May 4, the police were investigating 21 cases, in which individuals accessed other cryptocurrency users' accounts and sold their assets.

Major cryptocurrency Bitcoin topped 80 million won (US$72,000) per unit in South Korea for the first time in mid-April. The virtual currency has since fallen, trading at around 67 million won on Friday, according to Bithumb.

Amid rising prices, South Korean financial authorities are also cracking down on illegal activities involving cryptocurrencies, such as money laundering, until June.

S. Korea to clamp down on online cryptocurrency phishing activity

S. Korea to clamp down on online cryptocurrency phishing activity