SEOUL, May 7 (Yonhap) -- A number of symbolic artworks by contemporary Korean masters are among the more than 1,000 pieces that the Samsung family recently decided to donate to the National Museum of Modern and Contemporary Art (MMCA).

A majority of the 23,000 pieces -- including national treasures and state-designated cultural assets -- were donated to the National Museum of Korea, while the MMCA on Friday unveiled part of the 1,488 pieces by 246 artists it received.

Of the total, 1,369 were artworks by Korean artists, with roughly half of the pieces coming from the 1970s to 1990s. By artist, 187 were those by contemporary Korean painter Yoo Young-kuk, followed by 104 by Lee Jung-seob. There were also around 60 pieces by Chang Ucchin and 33 by Park Soo-keun, according to the MMCA. 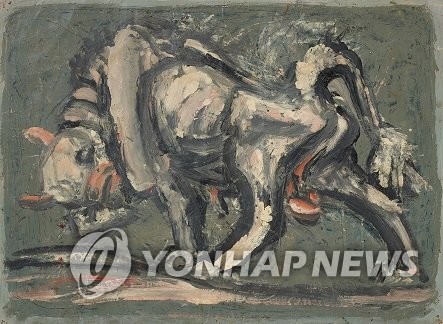 Among some of the most high-valued pieces were Lee Jung-seob's 1950s painting of a white bull, with only five pieces believed to exist. The MMCA commented that Lee often related himself to a cow and that the animal and the color white were symbols representing the Korean people under Japanese colonial rule.

Abstract master Kim Whan-ki's 1950s painting of women and jars -- a piece that reflects his interest in traditional Korean features -- is another historic piece that had disappeared from the public eye since the 1980s.

"It is one of the most representative and biggest pieces by Kim Whan-ki. If the painting is up for auction, I believe the bidding price should start at least between 30 to 40 billion won (US$36 million)," MMCA Director Yun Bum-mo said in a news conference.

The collection also includes rare paintings by some of the country's first-generation female painters from the 1920s and 1930s, such as Na Hye-seok and Baek Nam-soon. Baek is known to have taught Lee Jung-seob.

With the donation, the MMCA said its collection has been beefed up to that of more than 10,000.

"The mass donation is a once-in-a-lifetime feat. I've always wondered when the MMCA's collection would break the 10,000 milestone and now it has," Yoon said.

"When talks for the donation were under way, I had just wished to complement part of our collection and thought I'd be grateful to receive 100 pieces. But the talks led to a mass donation of nearly 1,500 pieces," he added, saying the so-called Lee Kun-hee collection is a historic incident in the country's fine arts sector. 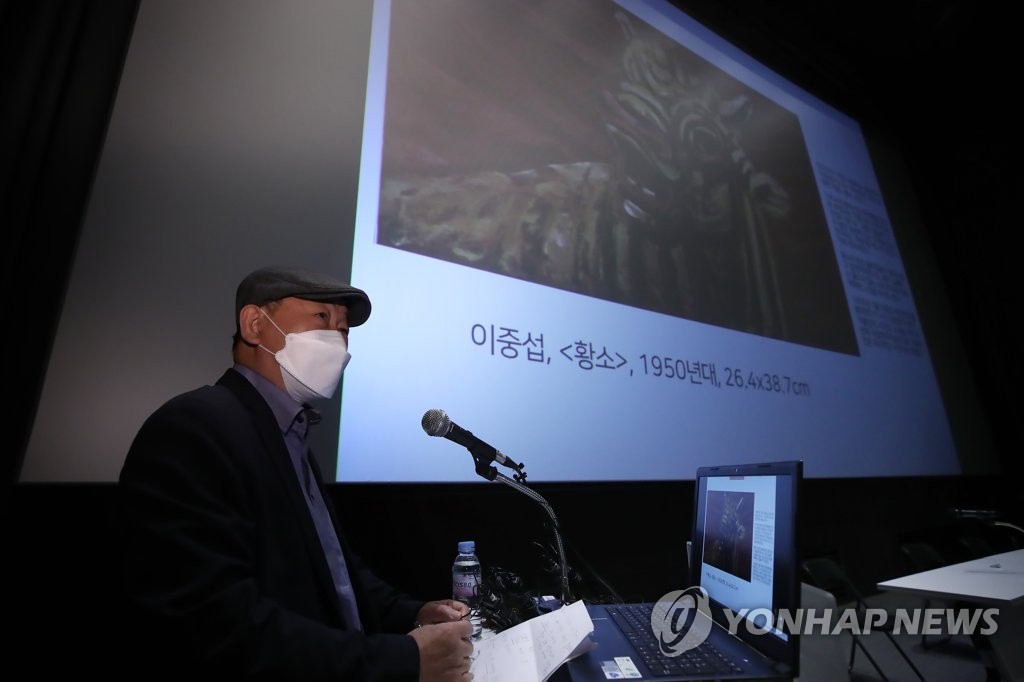 The national museum plans to roll out the donated pieces to the public in a series of exhibitions.

Some of the donated pieces will be available for a preview at an exhibition scheduled for July at the MMCA's Deoksu Palace wing in central Seoul. The MMCA will hold three exhibitions dedicated to the Lee Kun-hee collection beginning in August, which also includes a special exhibition highlighting Lee Jung-seob set for March next year.

Part of the donated artworks will travel overseas, with the MMCA planning to exhibit them in a modern art exhibition at the Los Angeles County Museum of Art slated for September 2022. 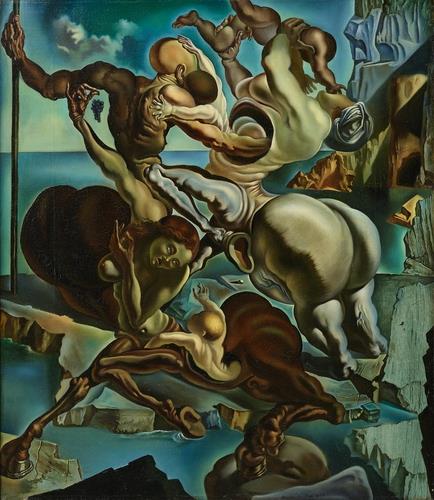