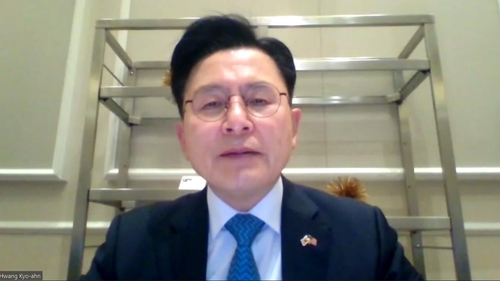 To this end, he voiced a need for his country to join the U.S.-led multilateral forum in the Indo-Pacific region, known as the Quad, that currently involves Australia, India and Japan.

"The Republic of Korea, which is an ally and partner of the United States in a mutual defense treaty, must join the Quad Plus and further seek to transform the Quad Plus by expanding it to a five-way alliance structure, Penta, at least for the complete denuclearization of North Korea and improvement of its human rights conditions," he said.