SEOUL, May 8 (Yonhap) -- Youn Yuh-jung made a triumphant return to South Korea on Saturday, nearly two weeks after winning an Oscar for her role in the immigrant film "Minari."

The South Korean actress, wearing a green bomber jacket, jeans and a white mask, waved to reporters as she arrived at Incheon International Airport, west of Seoul, from the United States earlier in the day.

She did not hold a news conference at the airport -- something that celebrities usually do as part of a hero's welcome -- due to concerns over the spread of COVID-19. 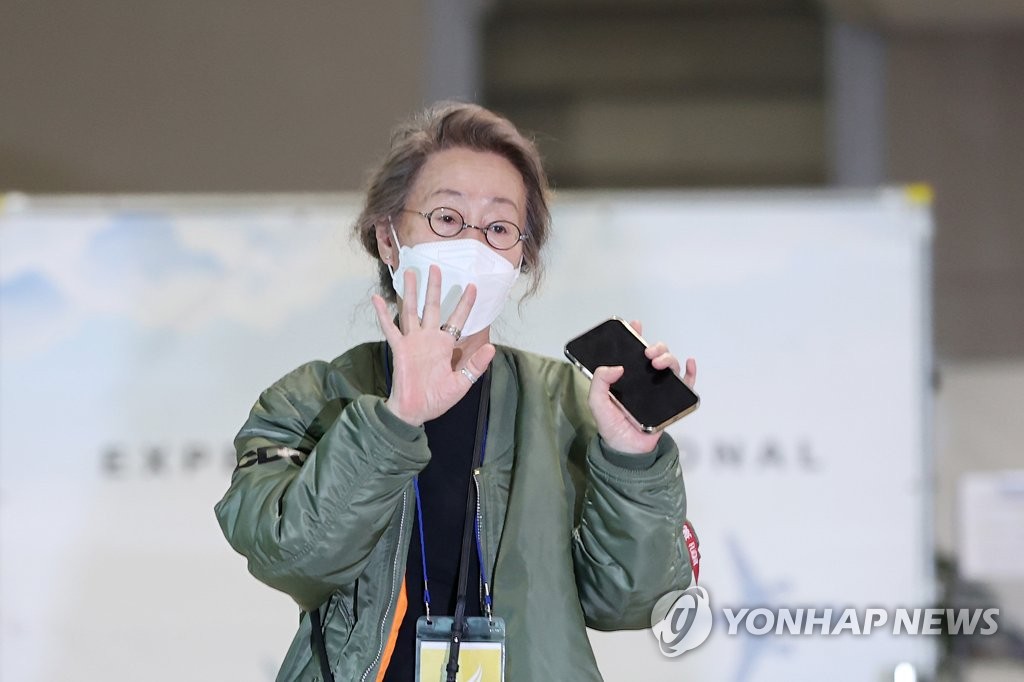 In a message released Friday by her management agency, Hook Entertainment, Youn expressed gratitude to South Koreans for their support and love for her wining Best Actress in a Supporting Role for "Minari" at the 93rd Oscars on April 25.