SEOUL, May 8 (Yonhap) -- A prominent South Korean wrestler has tested positive for the new coronavirus, dashing hopes of competing in the Tokyo Olympics scheduled for this summer.

Kim Hyeon-woo withdrew from an Olympic qualifier match in Sofia, Bulgaria, against Azerbaijan's Rafig Huseynov on Saturday. The 2012 Olympic gold medalist was competing in the men's 77-kilogram Greco-Roman.

"Kim tested positive for COVID-19 a day prior to the match," a wrestling official said. "He received an official letter allowing him to compete if he tests negative in a screening test on the morning of the match but gave up due to his bad health condition."

The 33-year-old was preparing to clinch his third consecutive medal in the upcoming Olympics. He took gold at the 2012 London Olympics and was a bronze medalist at the 2016 Rio de Janeiro Olympics. 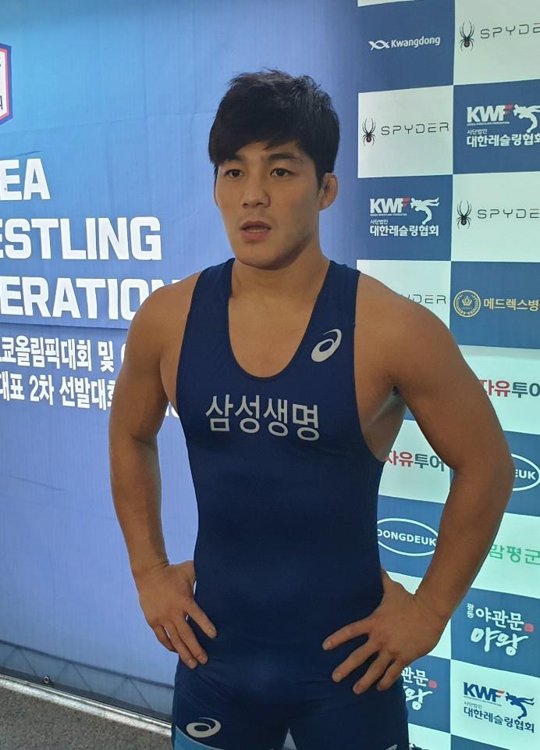 Kim's case is the latest in a series of COVID-19 cases among athletes and the training staff of South Korea's national wrestling team who were taking part in overseas competitions.

Among a total of 50 players and staff members on the team, 27 returned to Korea on April 19 while the rest moved to Sofia, Bulgaria, to attend the world qualification tournament scheduled for May 6-9.

As of Saturday afternoon, 37 players and staff members -- 19 in Korea and 18 in Sofia -- had tested positive for COVID-19 from the team.

Ten of the 19 who returned home were released from quarantine after making full recoveries while 17 of the 18 in Sofia have tested negative after recovery.