SEOUL, May 8 (Yonhap) -- Tottenham Hotspur star Son Heung-min set a new career high for goals in a season on Saturday, the latest milestone for the 28-year-old South Korean icon in the midst of a memorable campaign.

Son scored a 25th-minute equalizer in a 3-1 loss to Leeds United in a Premier League match at Elland Road in Leeds, England. 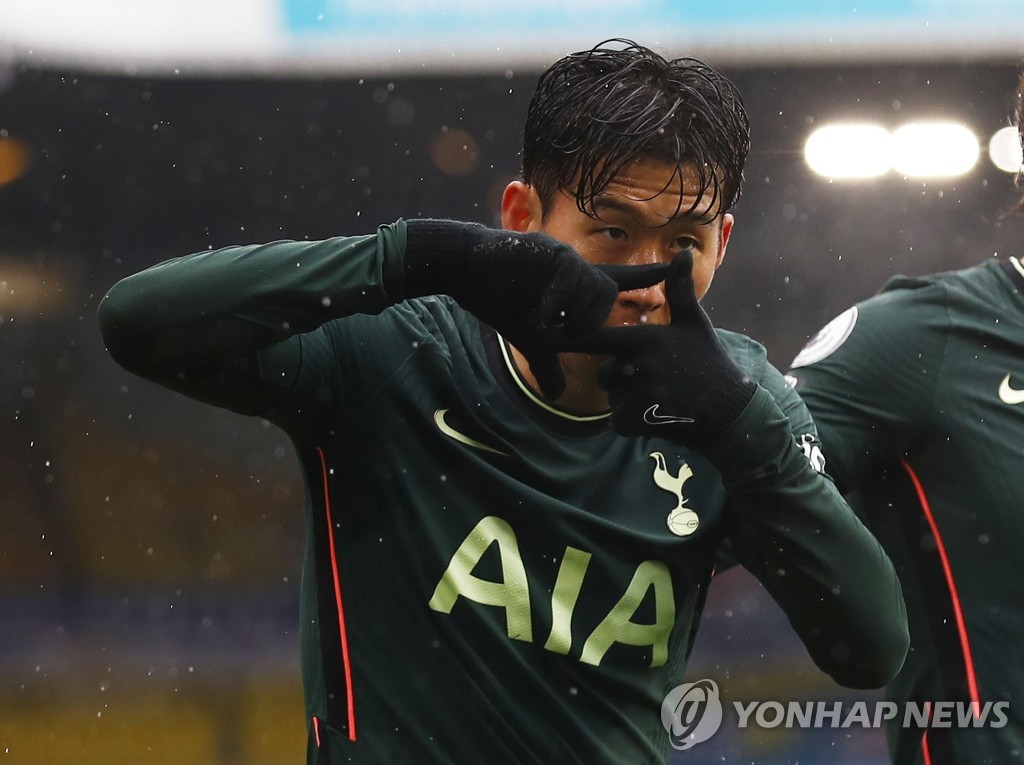 It was Son's 22nd goal in all competitions in the 2020-2021 campaign: 17 goals in the Premier League, one goal in the League Cup, and four goals in the UEFA Europa League.

Son had 21 goals in the 2016-2017 season and had long been on pace to shatter that mark this season. Tottenham have three matches remaining after Saturday's loss, which snapped a mini two-game winning streak.

Son now has the sole possession of third place in goals in the league this season, four behind the leader and his Tottenham teammate, Harry Kane. 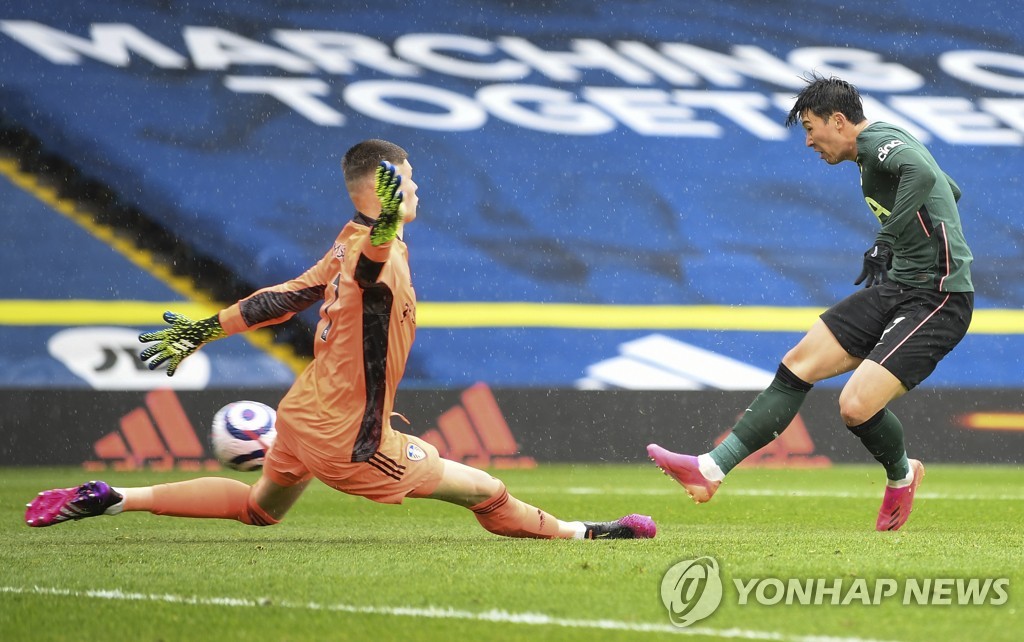 Son also has 10 assists to rank tied for fourth in that category. He and Kane (13 assists) are the only two players in the league this season to have reached double figures in both goals and assists.

The latest loss dealt a major blow to Tottenham's top-four aspirations. With 56 points, they sit in sixth place, five back of the fourth-ranked Chelsea, who will play Manchester City on Sunday for a chance to extend that lead. Tottenham will also have to leapfrog West Ham United, who have 58 points ahead of a Sunday showdown against Everton. 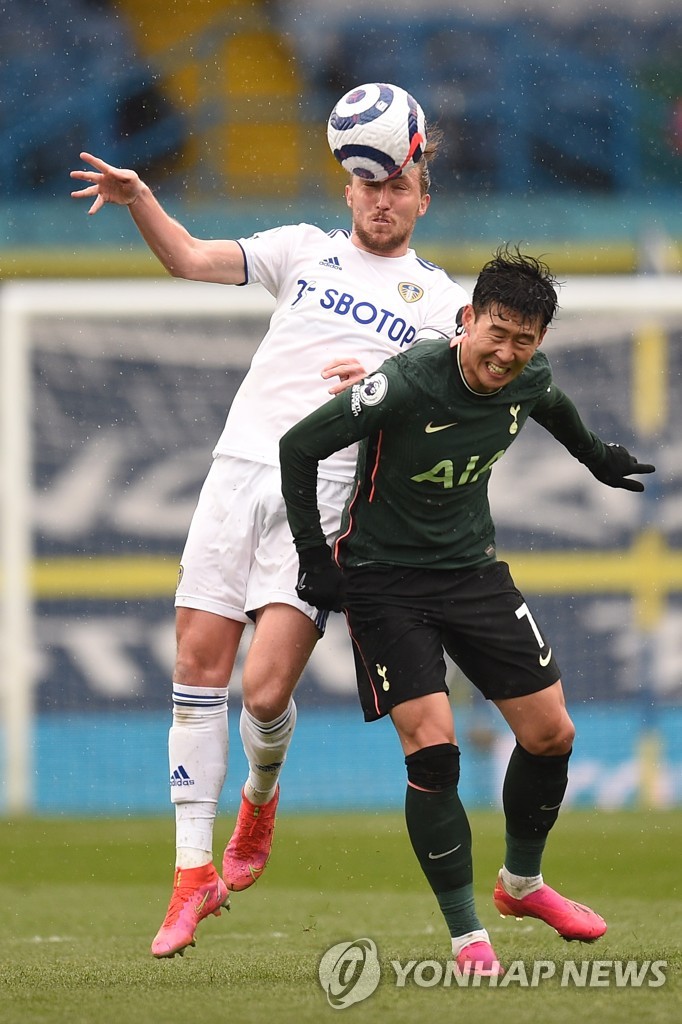