SEOUL, May 9 (Yonhap) -- A third plane carrying South Koreans arrived from India on Sunday, transporting 164 business officials out of the virus-ravaged country.

The special flight operated by Asiana Airlines arrived at Incheon International Airport, west of Seoul, from New Delhi, mostly carrying officials who had been sent to oversee the construction of a new Samsung Display plant.

South Korea has flown two special flights out of India in recent days -- one from Chennai carrying 172 Korean residents and another from Bengaluru with 203 people aboard.

A total of 12 flights are being scheduled out of India this month, including the three that have already arrived.

All passengers are required to self-quarantine for 14 days upon arrival, including seven days at a state facility, and get tested for COVID-19 three times during that period. 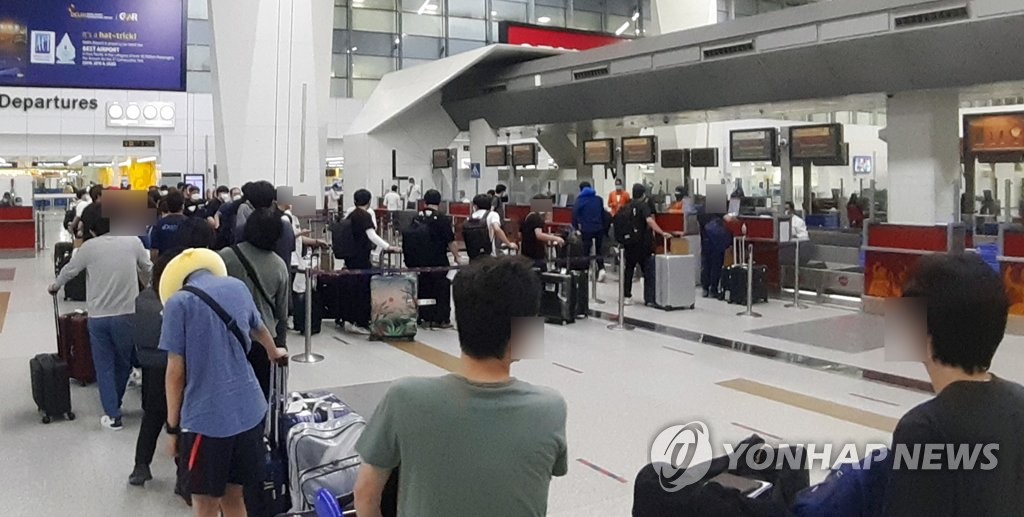