SEOUL, May 9 (Yonhap) -- A man in his 30s was arrested early Sunday on suspicion of abusing his 2-year-old adopted daughter to the point she fell unconscious with bleeding in her brain, police said.

According to the Gyeonggi Nambu Police Agency, the girl was already unconscious when her adoptive father brought her to a hospital near Hwaseong, about 40 kilometers south of Seoul, on Saturday evening. 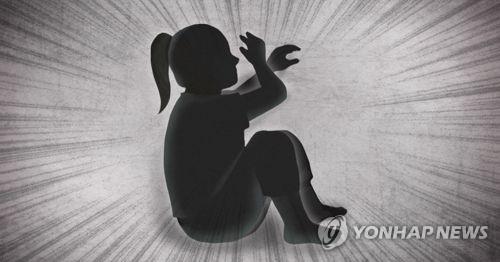 After determining she was in a serious state, hospital workers sent her to a larger hospital in Incheon, 40 km west of Seoul, where its staff discovered bleeding in the child's brain and bruises on her face and parts of her body, and reported the case to the police.

The father was arrested on the spot and is currently being questioned, police said. The girl underwent brain surgery but has yet to regain consciousness.

The suspect and his wife reportedly adopted the child through an adoption agency in August last year.

No previous reports of child abuse involving the family have been filed.

Child abuse has received widespread national attention in recent months, after a 16-month-old girl, known as Jung-in, died last October from severe injuries sustained in the hands of her adoptive parents.

Prosecutors have demanded the death penalty for the adoptive mother and 7 1/2 years in prison for her husband.

The couple's sentencing hearing is scheduled for Friday.