"The embassy is doing its utmost by contacting the White House and the State Department to have vaccines supplied before June. (We) are hearing from the U.S. government that they fully understand South Korea's situation," Lee said in a virtual press conference with South Korean journalists in Washington.

"In addition, we are also continuously consulting with ranking officials of Pfizer," he added. 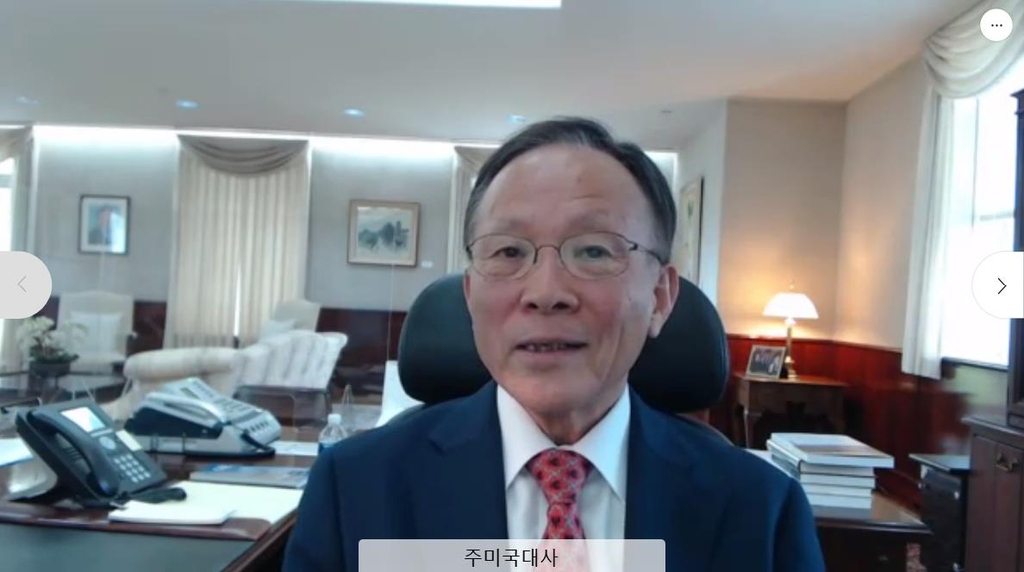 His remarks come as South Korean President Moon Jae-in is set to hold a bilateral summit with U.S. President Joe Biden in Washington on May 21, which would mark Biden's second in-person meeting with a foreign head of state since he took office in January.

South Korea has secured more than enough vaccine doses for its 52 million population, but is currently facing a shortage with most of its orders set to be delivered later in the year.

Seoul earlier asked Washington to help ease its ongoing shortage through a swap arrangement, under which the U.S. would provide vaccines now from its stockpile and then get paid later in vaccines.

"Once the U.S. government's stockpile for domestic use reaches a sufficient level, I expect the possibility of vaccine exports by U.S. vaccine manufacturers will increase," said Lee.

On the recently concluded U.S. policy review on North Korea, the South Korean ambassador said the new U.S. policy provides a "practical" and "pragmatic" approach that is based on close consultations between the allies.

"The (Seoul) government, including our embassy, has been closely consulting with the U.S. government through close communication at various levels since the start of the U.S. North Korea policy review," he said.

"As a result, we believe a practical and pragmatic North Korea strategy that greatly reflects our position has been crafted. We plan to continue our water-tight cooperation with the U.S. government through existing diplomatic channels in the process of the North Korea policy actually being implemented in the future," added Lee.

The U.S. is said to have reached out to the North for a second time to explain the outcome of its North Korea policy review. North Korea reportedly said it has received such an offer.

The Biden administration earlier said it had sought to engage with North Korea in mid-February, but that Pyongyang had remained unresponsive.