SEOUL, May 11 (Yonhap) -- South Korea's daily new coronavirus cases rose back above 500 on Tuesday, with health authorities remaining on alert over a potential spike amid spreading variant cases.

Tuesday's figure rebounded from 463 a day earlier but is lower than 564 Sunday and 701 Saturday. The daily caseload usually spikes after weekends as more people get tested.

There was four additional deaths from the virus, raising the total to 1,879. The fatality rate was 1.46 percent. 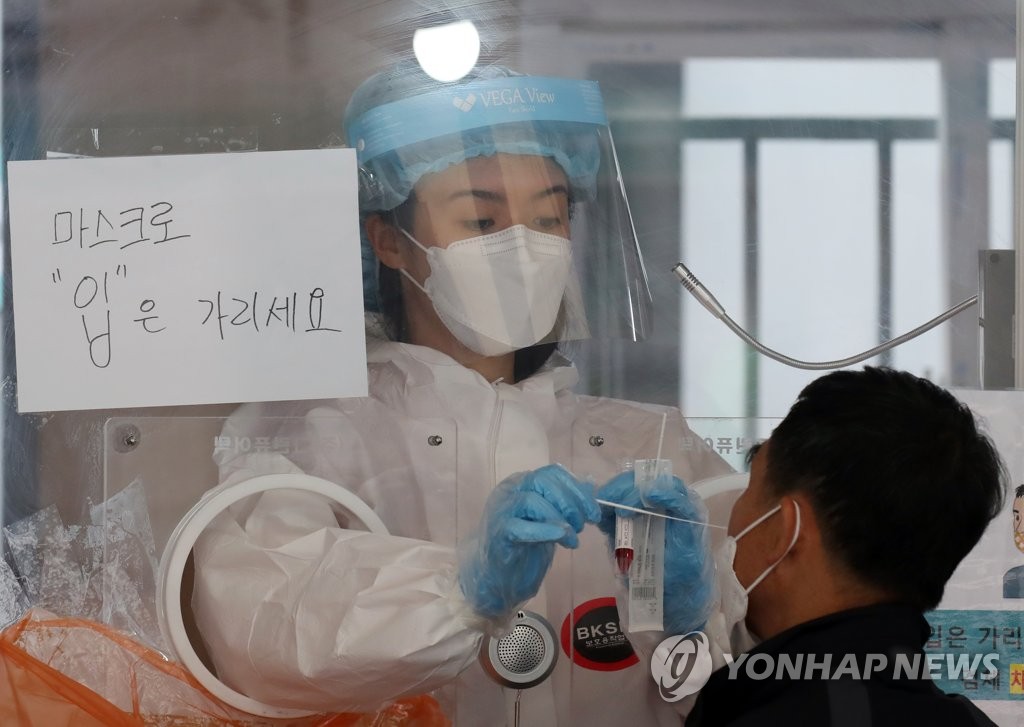 Daily infections have shown no signs of slowing down in the past week as people have increased their gatherings and activities amid the warmer weather.

Spreading variant cases are putting health authorities on edge as the country's southeastern region and cities are reporting a spike in mutated cases.

The country is revving up its vaccination drive with an aim to inoculate 13 million people by June and 36 million by September. It aims to achieve herd immunity by November.

The country will receive 14.2 million doses of vaccines in May and June, enough to vaccinate up to 13 million people by end-June, according to the KDCA.

A total of 3,692,566 people have received their first shots of COVID-19 vaccines, accounting for 7.2 percent of the country's population, since the country started its vaccination program on Feb. 26.

Health authorities said around 8.95 million people aged between 60 and 74 will receive vaccination shots in the coming weeks.

Of the new locally transmitted cases, 310 cases came from the capital area, with 163 from Seoul, 127 from Gyeonggi Province and 20 from Incheon, just west of Seoul.

The number of seriously or critically ill COVID-19 patients was 171, up 10 from the previous day.

The total number of people released from quarantine after making full recoveries was 118,717, up 873 from a day earlier, with 7,687 people being isolated for COVID-19 treatment. 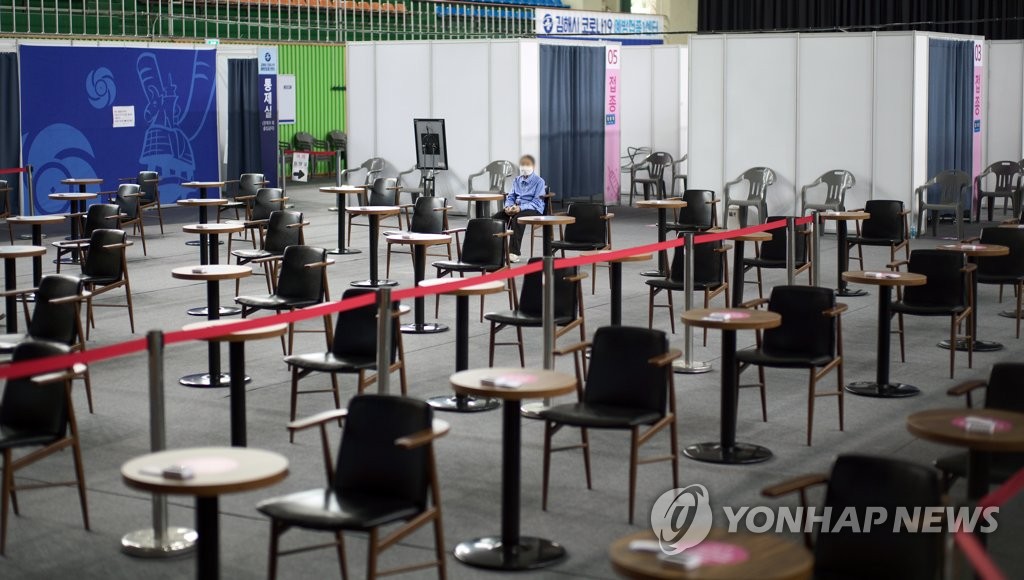 (2nd LD) New cases back above 500 amid possible hike woes

(2nd LD) New cases back above 500 amid possible hike woes