As of midnight, the nation reported 808 cases of coronavirus variants that originated in Britain, South Africa and Brazil, according to the Central Disease Control Headquarters. Including those who had contracted the virus from the 808 patients, a total of 1,897 people in South Korea have been sickened by COVID-19 variants. 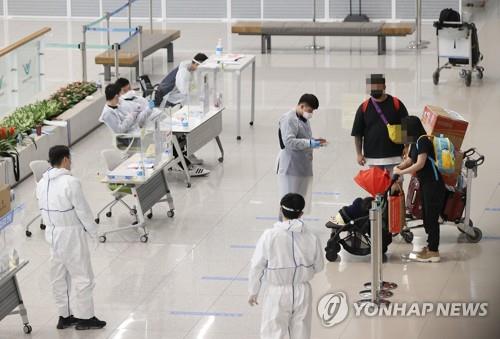 The local governments experiencing a surge in variant cases have upgraded their social distancing measures, increased the number of COVID-19 testing stations, strengthened monitoring of new arrivals from abroad and taken other emergency antivirus measures.

But it remains questionable whether those governments will be able to keep the highly transmissible variant viruses under control.

In Gyeonggi, 173 people contracted the variants from abroad, with the monthly tally steadily rising from nine in December to 13 in January, 19 in February, 43 in March and 89 in April and the first 10 days of May.

Viewing the mutant virus as a risk factor for the spread of the pandemic, Gyeonggi's provincial government has been aggressively implementing quarantine measures, including close monitoring of new arrivals from abroad and thorough isolation of people infected with coronavirus variants.

"Unfortunately, there is no such thing as a special policy intended to fight the spread of the coronavirus variants," a Gyeonggi official said, stressing the need to abide by the existing basic antivirus measures.

In Ulsan, 414 kilometers southeast of Seoul, April's coronavirus cases tallied at 772 exceeded last year's annual total of 716, due mainly to the recent surge in variant cases.

The municipality of Ulsan has thus declared an all-out fight against COVID-19 variants and invited 10 quarantine specialists from the Korea Disease Control and Prevention Agency to assist in its efforts to stem the spread of the pandemic. 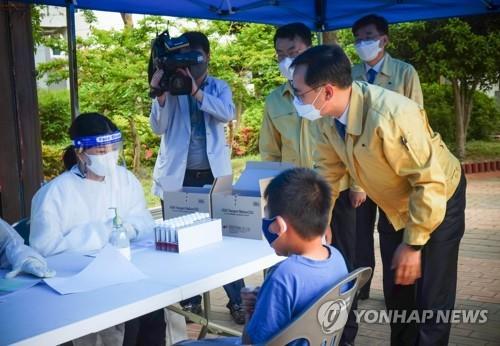 In addition, the city last month raised its social distancing rules by one notch to Level 2, the third highest in the country's five-tier COVID-19 alert system, and recently curtailed the operating hours of certain facilities used by the general public, such as bars, restaurants, cafes and saunas, by one hour at night.

The number of temporary coronavirus testing stations in Ulsan has also been increased from three to 10, as part of the city's efforts to track down hidden infections.

Busan, which has so far reported 33 variant cases from abroad and about 10 people who contracted mutant viruses from Ulsan citizens, is currently treating all the variant virus carriers at one designated hospital.

South Gyeongsang Province, which surrounds both Ulsan and Busan, reported 21 variant cases in April alone. The provincial government has been enforcing intensive coronavirus measures for 2,481 manufacturing companies in Yangsan, adjacent to Ulsan. 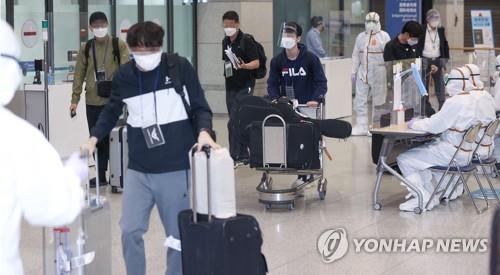