SEOUL, May 11 (Yonhap) -- Unlicensed drivers of electric scooters and other personal mobility devices will face a fine of 100,000 won (US$89) starting Thursday amid growing concerns about their safety, police said.

The National Police Agency said Tuesday that under the amended Road Traffic Act, which takes effect Thursday, riders will be required to have at least a motorcycle license, for which the minimum age is 16. 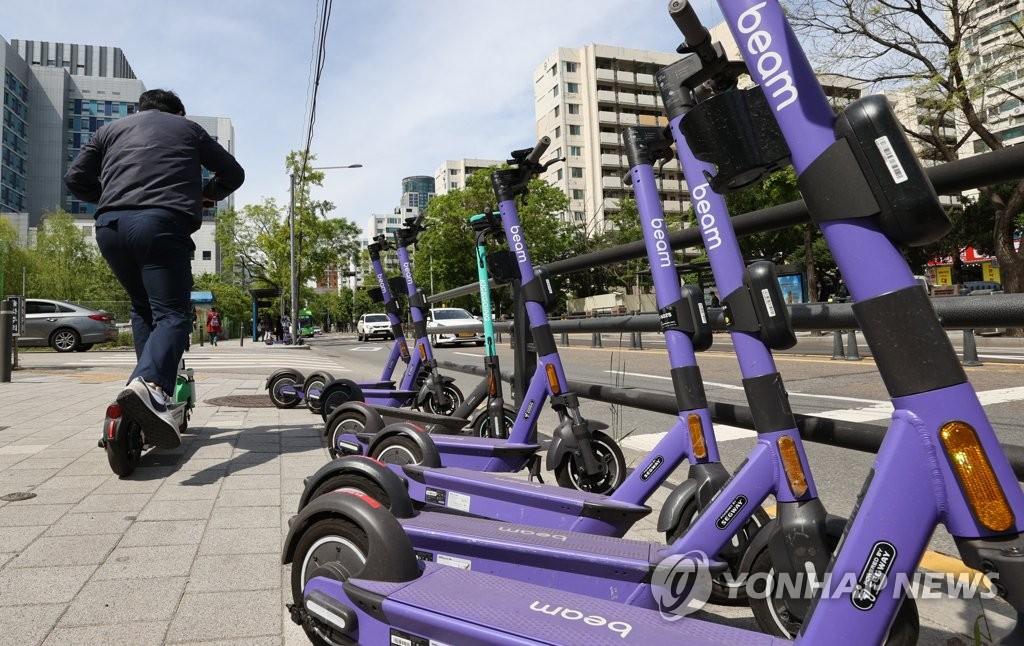 Currently, all those aged 13 and above can ride an e-scooter without a license.

If children under the age of 13 are found using the devices, their guardians will be fined 100,000 won.

The new rules apply to both owned and rented personal mobility devices.

Police said they will raise awareness of the new law during the next month before starting to impose fines.

During this period, they will also stage a joint promotional campaign with government agencies near subway stations, universities, parks and other areas where e-scooters are frequently used.

The number of accidents involving the devices also increased from 225 in 2018, including four deaths, to 897 last year, including 10 deaths.