WASHINGTON, May 11 (Yonhap) -- A U.S. State Department spokesman rebutted a Chinese diplomat's warning for countries to stay away from the U.S.-led regional forum, Quad, on Tuesday, saying the Quad is an informal but essential mechanism to promote a free and open Indo-Pacific.

Ned Price made the remark after the Chinese ambassador in Bangladesh, Li Jing, said in a statement that the South Asian country should not join the Quad or its relations with China will "substantially be damaged." 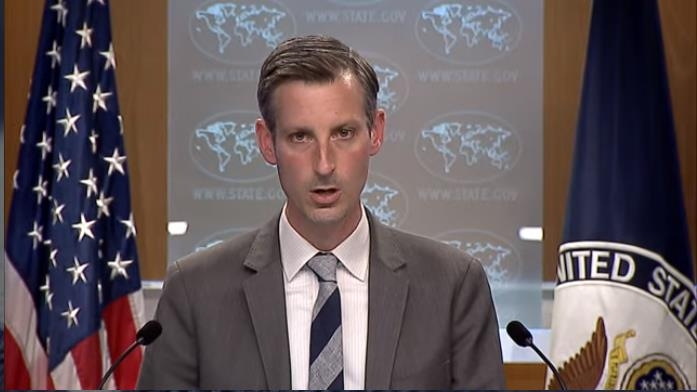 The U.S. is promoting the Quad forum as a tool to promote shared values of like-minded democracies, which it says may place its members in a better position to deal with challenges posed by countries such as China.

South Korea is one of the countries that have been openly invited to join the forum, along with New Zealand and Vietnam.

The countries, however, remain cautious in joining what the former U.S. administration of Donald Trump had openly promoted as an anti-China coalition. China is by far the single largest trade partner for many countries in the region, including South Korea.

"When it comes to the Quad, we've said this before, but the Quad is an informal, essential multilateral mechanism that right now convenes like-minded democracies -- the United States, India, Australia and Japan -- to coordinate in the Indo Pacific, and fundamentally to push forward our goal of a free and open Indo-Pacific region," said Price.

U.S. rebuts Chinese warning for Bangladesh to stay away from 'Quad'

U.S. rebuts Chinese warning for Bangladesh to stay away from 'Quad'