SEOUL, May 12 (Yonhap) -- K-pop superstars BTS will put on its first performance of the upcoming release "Butter" at the Billboard Music Awards (BBMAs) scheduled for later this month.

The seven-piece act will be performing at the annual music awards for the fourth consecutive year, unveiling "Butter" at the ceremony scheduled for May 23 (U.S. time), according to the BBMAs.

The performance comes just two days after the scheduled release of the act's second English single "Butter," which will drop globally at 1 p.m. on May 21. 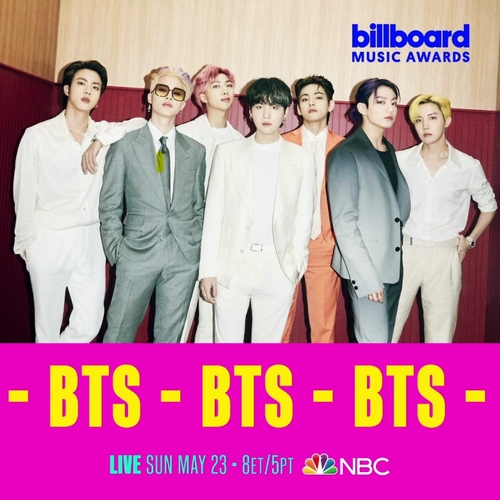 BTS first performed "Fake Love" at the 2018 BBMAs and "Boy With Luv" (Feat. Halsey) the following year. Last year, it performed its megahit "Dynamite" at Incheon International Airport, west of Seoul, instead of attending the American awards show in person amid the pandemic. 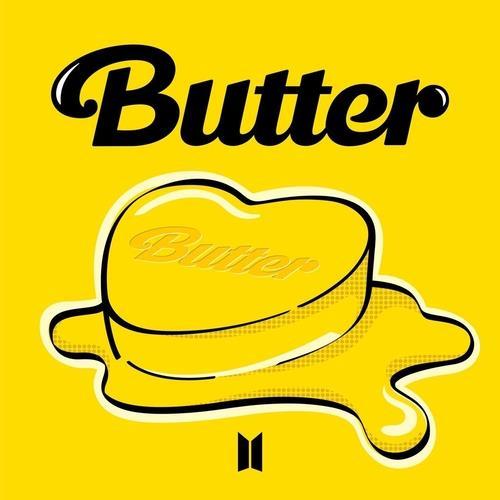 "Dynamite," an upbeat disco-pop track released in August, is one of the septet's most historic songs. It became the first song by a Korean pop act to top the Billboard Hot 100 and reigned in the top spot for three weeks. It also earned BTS its first Grammy nomination.

BTS is also eyeing its fifth consecutive win in the Top Social Artist race. The group was nominated along with fellow K-pop acts BLACKPINK, Seventeen as well as Ariana Grande and SB19 in the fan-voted category.

The septet, meanwhile, earned its third straight nomination for Top Duo/Group, in which it will be competing with AC/DC, AJR, Dan + Shay and Maroon 5. BTS won the race in the 2019 awards.

This year's BBMAs -- based on charts compiled between March 21, 2020, and April 3 this year -- will air via NBC from the Microsoft Theater in Los Angeles. 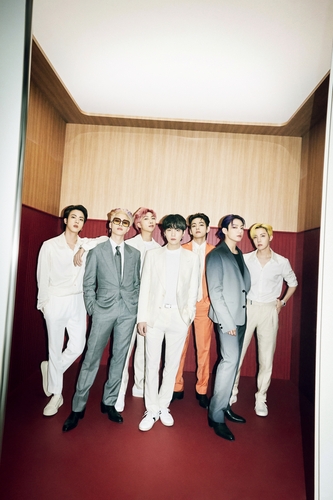