SEOUL, May 12 (Yonhap) -- South Korea reported the largest job growth in almost seven years in April in the latest sign that the job market is recovering from a yearlong slump caused by the pandemic, data showed Wednesday.

The number of employed people reached 27.2 million last month, 652,000 more than a year earlier, according to the data compiled by Statistics Korea.

It marked the largest on-year increase since August 2014, when the number of employed people rose 670,000.

The April reading also marked the second straight month of the country reporting job additions. In March, the number of working people increased by 314,000 from a year earlier, the first job growth in 13 months.

But the base effect and increased economic activity following relaxed social distancing rules helped create more jobs amid an economic recovery, according to the statistics agency.

The improved jobs data came as the South Korean economy is on a recovery track on the back of robust exports.

The number of unemployed people came to 1.15 million last month, down 25,000 from the previous year. It was a change from the on-year increase of 36,000 in March.

The number of non-economically active people or those who have no willingness to work, declined for the second straight month. The number of such people fell 324,000 on-year to 16.7 million last month.

Despite overall job growth, the service sector, hit hard by the pandemic, still suffered a slump in employment last month. But a severe erosion in jobs was eased amid reduced virus curbs.

The manufacturing sector, a backbone of the country's economy, added 9,000 positions last month.

The social welfare segment gained 224,000 jobs and the public administration sector added 80,000 posts last month on the back of state-backed job programs. 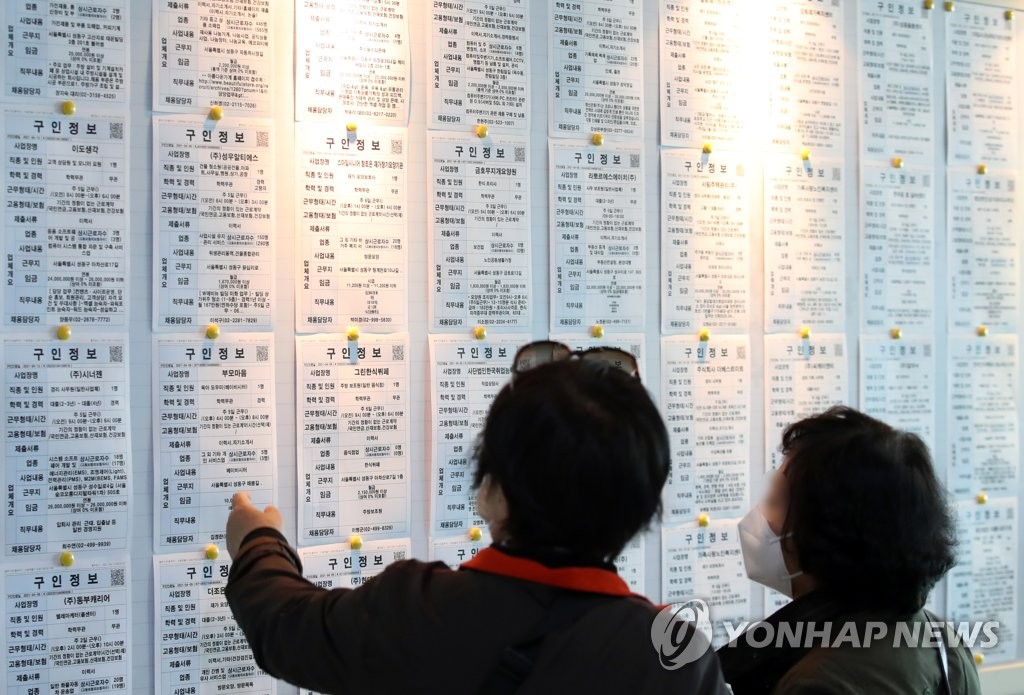 Experts said the job market is improving, but it may take a longer time for the country to witness a full-fledged recovery, given slumps in the in-person service sector.

In February, the Bank of Korea forecast the number of hired people to grow 80,000 this year, down from its earlier estimate of an increase of 130,000.