SEOUL, May 12 (Yonhap) -- Samsung Electronics Co.'s share in the global DRAM market declined slightly in the first quarter of the year, a report showed Wednesday, though it maintained the dominant status amid bullish demand for memory.

The South Korean tech giant posted a 42 percent share of the global DRAM flash market in terms of revenue in the January-March period, down only 0.1 percentage point from a quarter earlier, according to market tracker TrendForce.

Samsung's revenue came to US$8.07 billion in the first three months of 2021, up 8.5 percent from a quarter earlier.

Another South Korean chipmaker, SK hynix Inc., was the runner-up with a market share of 29 percent, down 0.5 percentage point from a quarter ago. Its revenue increased 5.6 percent quarter-on-quarter to $5.56 billion. 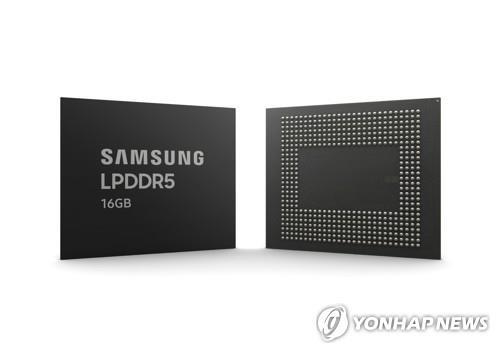 U.S. chipmaker Micron Technology Inc. stayed on as the No. 3 player with a market share of 23.1 percent in the first quarter, up 0.1 percentage point from a quarter earlier, as its revenue rose 9.6 percent quarter-on-quarter to $4.44 billion.

Regarding profitability, TrendForce said major suppliers saw mixed results despite the 0 to 5 percent increase in the DRAM average selling price in the first quarter as they had to deal with migration to advanced process technologies.

"Samsung's 1znm process had a relatively low yield rate in 1Q21 as the company had only initially kicked off mass production with the 1znm process," TrendForce said. "As such, the company's operating profit margin dropped from 36 percent in 4Q20 to 34 percent in 1Q21."

However, SK hynix saw an improved yield rate, which increased the operating profit margin growth to 29 percent from 26 percent a quarter earlier, it added.

"After two to three quarters of inventory reduction during which their DRAM demand was relatively sluggish, some server manufacturers have now kicked off a new round of procurement as they expect a persistent increase in DRAM prices," it said. 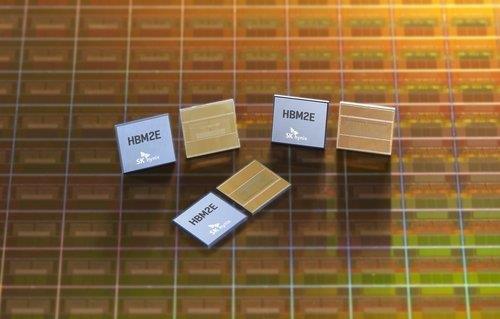 The three major suppliers are likely to benefit from surging quotes in the second quarter with big improvements in their profitability, according to TrendForce, with Samsung likely to post the highest growth in operating profit margin as its 1znm process reaches mature levels.

Although the big three DRAM suppliers have been trying to expand their production capacities to meet robust demand, TrendForce said their efforts will not have a "noticeable effect" on the supply and demand of the DRAM market this year as most of their new capacities will be installed in the first half of 2022.

Samsung's presence in DRAM market slightly down in Q1: report

Samsung's presence in DRAM market slightly down in Q1: report