SEOUL, May 12 (Yonhap) -- After missing the early portion of the season with a back injury, St. Louis Cardinals' starter Kim Kwang-hyun has settled into a nice groove.

He has held opponents to one run in each of his past four starts, including one against the Milwaukee Brewers in Milwaukee on Tuesday (local time).

But the South Korean left-hander has yet to go beyond six innings this year, something he wants to change soon. 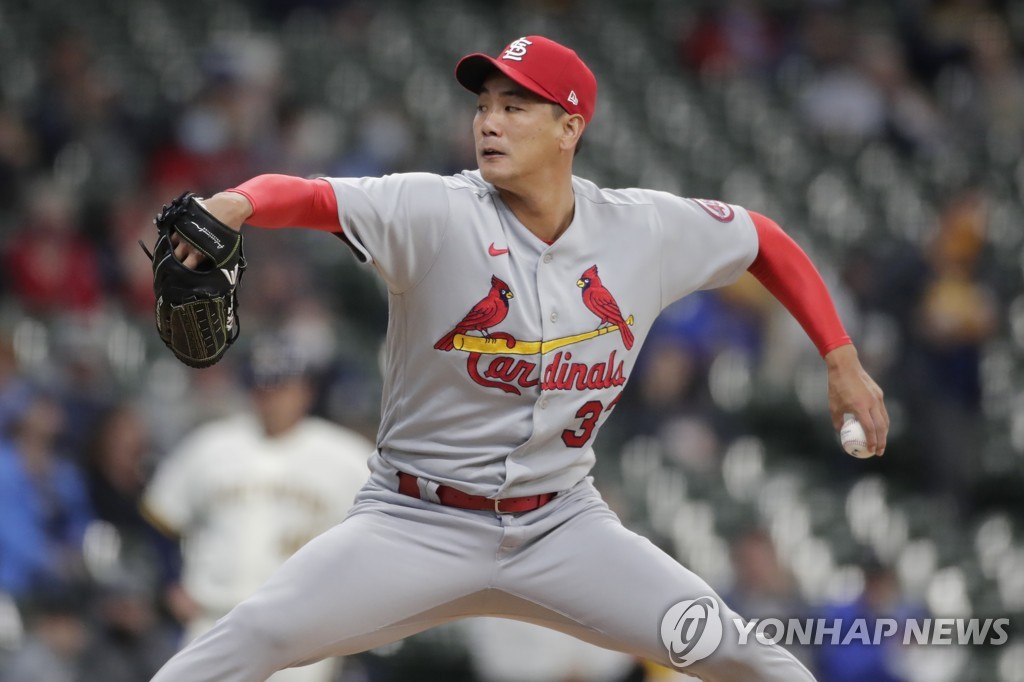 "I am a bit disappointed that I couldn't complete the sixth inning," Kim said following 5 1/3 innings of one-run ball at American Family Field. Kim was pulled after giving up an RBI double to Travis Shaw that put the Brewers ahead 1-0, but the Cardinals rallied for a 6-1 victory in 11 innings.

"My mindset for every start is, 'Don't give up the first run of the game.' But I let the other team score first today," Kim said. "At least we won the game, so I am happy about that."

Kim threw a season-high 88 pitches. His pitch count was at 70 through five innings, and other than a couple of doubles, he had mostly kept Brewers hitters off balance all game with an effective four-pitch mix: four-seam fastball, slider, changeup and curveball.

Kim also struck out six and walked one, an improvement from his last start when he walked three and struck out two in four innings against the New York Mets. 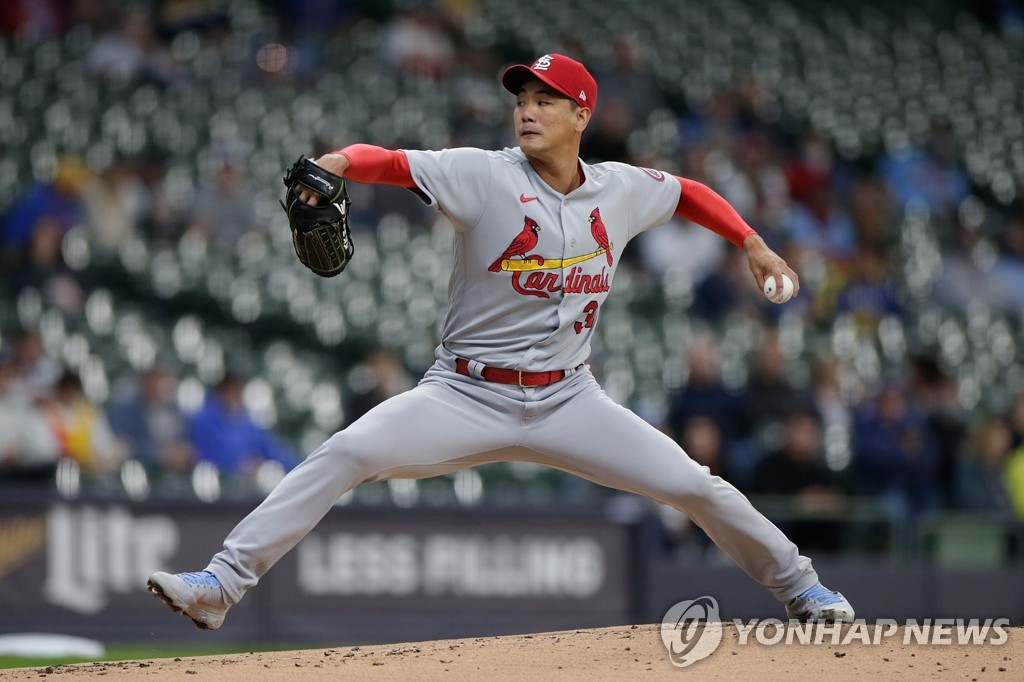 "I was more efficient with my pitches and physically, I felt better than I did in a couple of earlier starts," Kim said. "But that sixth inning is quite disappointing. No starting pitcher wants to come out in the middle of an inning. I'll try to eat up more innings the next time."

Kim is a fast worker on the mound, and he rarely shakes off signs from his future Hall of Fame catcher, Yadier Molina. Kim said he shook off Molina only twice in this game, though one of them had him thinking "what if" afterward.

In the sixth, Kim gave up a leadoff double to Lorenzo Cain and then got the first out before facing Shaw.

Shaw swung on and missed a slider to get the count to full. Molina put down a sign for a fastball, but Kim wanted a slider instead. Shaw fouled off an 82.7 miles per hour slider to stay alive.

Kim then went back to the slider and doubled home the Brewers' first run of the game, also chasing Kim from the game in the process.

"With the first base open, it wouldn't have mattered much if I'd just walked (Shaw), but I absolutely hate walks," Kim said. "I decided I'd rather give up a hit. But I wonder what would have happened if I'd thrown a fastball there."

The Cardinals improved to 22-14, tied with the San Francisco Giants for the best record in the majors. They have held opponents to two or fewer runs in seven of 10 games this month.

"I think we're in first place because everyone has been pitching so well," Kim said. "Hopefully, we can keep these positive vibes going for the rest of the season." 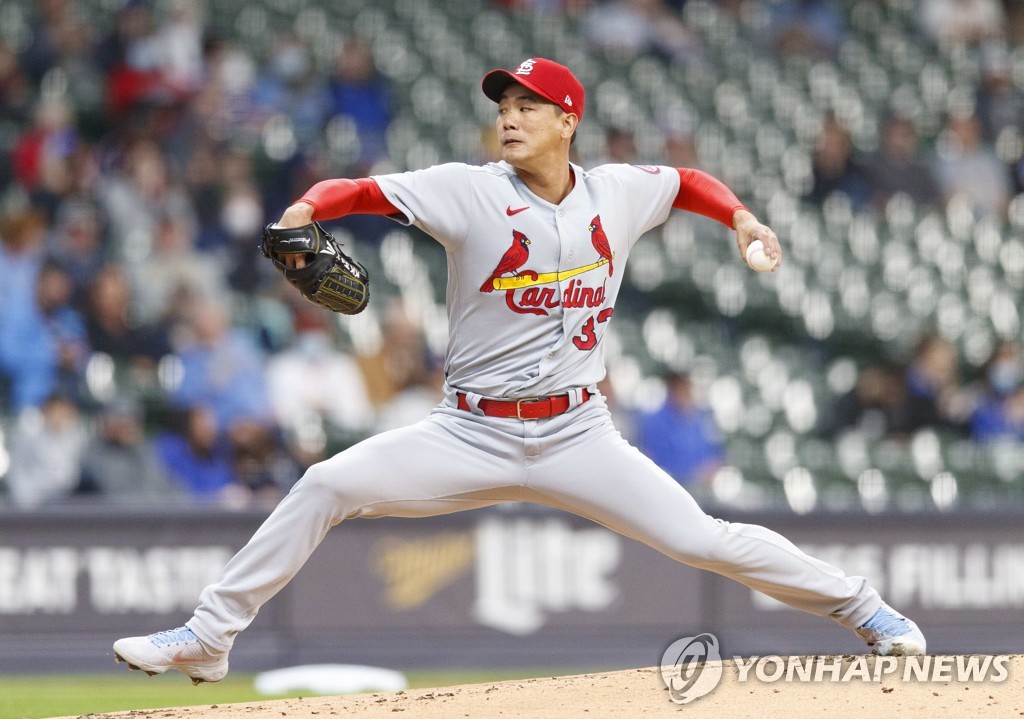 Steady Kim Kwang-hyun wants to gobble up innings for Cardinals

Steady Kim Kwang-hyun wants to gobble up innings for Cardinals