SEOUL, May 12 (Yonhap) -- South Korean movie theaters on Wednesday called on the government to come up with more practical financial measures to rescue the sector that has been in the doldrums for more than a year amid the prolonged COVID-19 pandemic.

The country's cinema chain association, whose members include three major multiplexes of CJ CGV, Lotte Cinema and Megabox, demanded the government seek ways to make good use of a public cinema fund to bail out movie theaters struggling with a sharp drop in moviegoers.

"The cinema development fund is designed to foster the film industry, but we have a lot of red tape to use the fund even in case of emergency," Lee Chang-moo, head of the cinema chain association, said in a press conference. "The fund has to be used to help the sector overcome the pandemic."

All local movie theaters have contributed 3 percent of their ticket sales every year to the cinema development fund, run by the Korean Film Council (KOFIC), since 2007. The fund is used to support low-budget films and local and international film festivals, as well as to run a public filming studio and a computerized box office tracking system, among other things, according to the KOFIC.

The annual contribution had been about 54 billion won (US$43.5 million) in recent years, but the amount dropped to 10 billion won last year due to the coronavirus pandemic. As of March 2021, the balance of the fund reached 105.3 billion won. 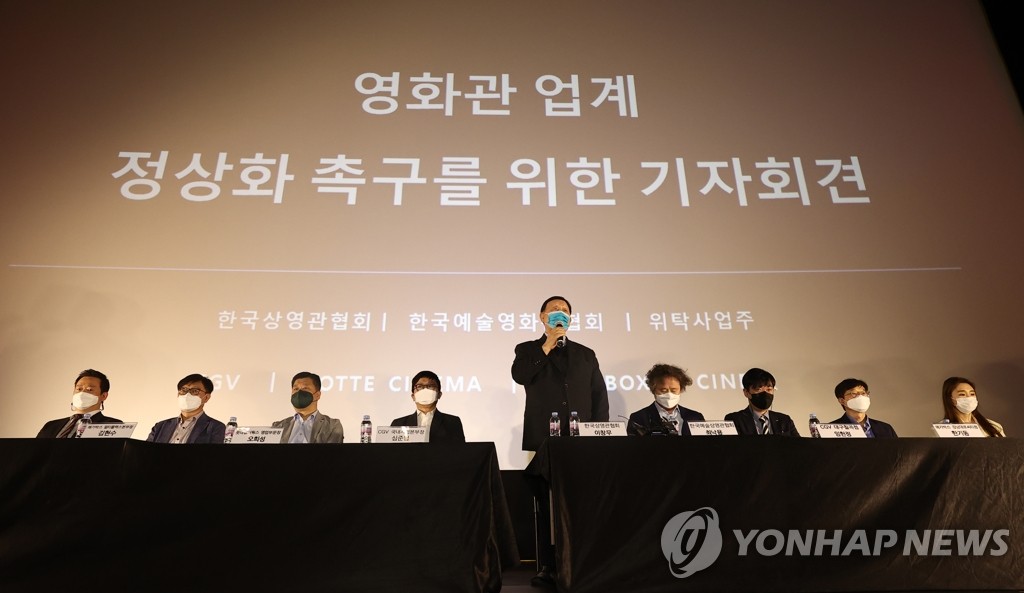 They also asked the government to ease the ban on eating and drinking in theaters, where no COVID-19 infections have been reported.

Under the current coronavirus guidelines, eating and drinking are prohibited at theaters all the time. 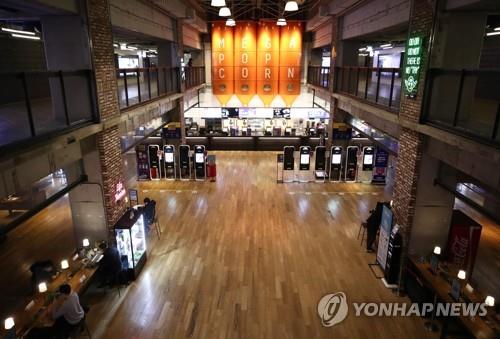 The request came as the South Korean film industry has been hit hard by the COVID-19 epidemic as people are asked to stay at home as part of social distancing.

The total number of moviegoers in the country hit a record low of 5.9 million last year, with 3.8 billion won in revenue, also marking an all-time low since KOFIC started to compile box office data in 2004.

The downside trend has continued in 2021, as 8.15 million people went to theaters from January to March, slumping 68.7 percent from 26 million tallied in the same period last year. The total box office revenue for the first three months fell on-year to 74.7 billion won from 221.1 billion won.