SEOUL, May 12 (Yonhap) -- Hyundai Motor Co., South Korea's biggest carmaker, on Wednesday unveiled the image of the G70 sedan, customized for the European market, before its launch later this year.

The G70 Shooting Brake, the first strategic model under the Genesis brand for European markets, will be released with a 2.0-liter gasoline turbocharged engine or a 2.2-liter diesel engine, the company said in a statement.

Early this month, Hyundai said it will launch the Genesis brand in Europe this summer to gain a share in the high-end and electric vehicle markets.

The company said it will initially launch the G80 sedan and the GV80 SUV in European markets, such as Germany, Britain and Switzerland, in June and then introduce the G70 sedan, the GV70 SUV and a strategic model. 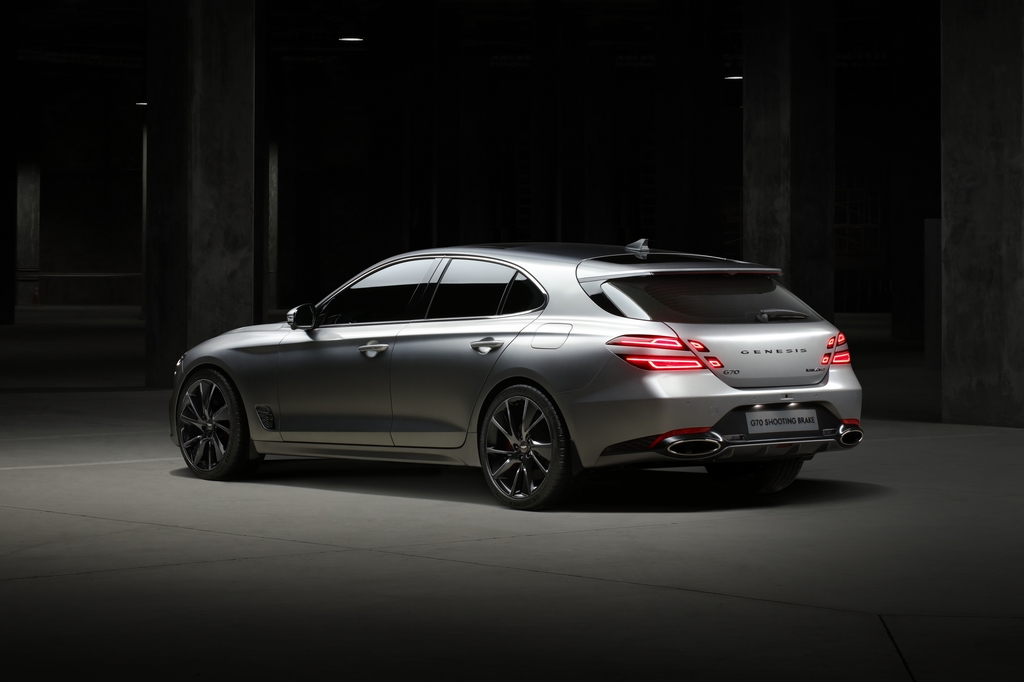 In its broad expansion strategy, Hyundai said it will place the G80 electrified and two other all-electric models under the Genesis brand in Europe by 2022.

Early this month, Hyundai said it will launch the G80 and the GV80 in China this year to revive sluggish sales in the world's biggest automobile market.

Hyundai launched the Genesis brand in 2015 in the domestic market and has released Genesis models in the United States, Canada, Russia, the Middle East and Australia.

Last month, Hyundai unveiled the Genesis X electric concept as it aims to eventually fill the lineup with zero-emission models in line with market trends.