WASHINGTON, May 12 (Yonhap) -- A strong alliance between South Korea and the United States is key to deterring threats posed by China and North Korea, a U.S. defense official said Wednesday.

"North Korea continues its unlawful production of nuclear weapons and ballistic missile capabilities in direct violation of United Nations Security Council resolutions," she said in a written testimony submitted to the Senate Armed Services Committee for a hearing on the day.

"North Korea's nuclear capabilities constitute a significant and evolving threat to our allies and its tested ICBMs are designed to strike anywhere within the continental United States," she said. 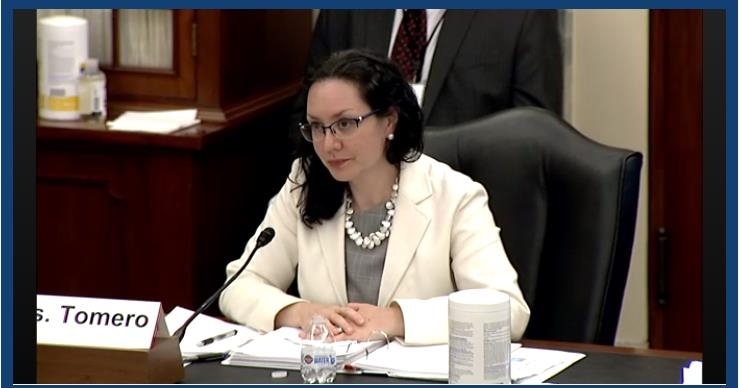 Tomero noted the North conducted six nuclear tests between 2006 and 2017, along with three ICBM flights tests that demonstrated its ability to reach the U.S. homeland.

"North Korea's continued development and deployment of nuclear weapons threatens its neighbors and the United States," she wrote.

Tomero said the U.S. was seeking to invest in the alliance to counter threats.

"As strategic competitors continue to invest in efforts to challenge the United States, we are harnessing our greatest strategic advantage -- our network of allies and partners -- both globally and regionally to deter aggression from China and Russia, and to contend with persistent threats from North Korea and Iran," she said.

"And in Asia, our formal relationships with important allies such as the Republic of Korea and Japan are critical to regional security and stability and provide a critical deterrent to North Korean and Chinese threats."