Park Jie-won, the head of the National Intelligence Service (NIS), delivered the message when he paid a courtesy call on Suga on Wednesday. He was in Tokyo to attend a trilateral meeting with his Japanese and U.S. counterparts.

"Park met Suga the previous day and delivered the president's verbal message," a government source said on condition of anonymity, adding Moon stressed the need for cooperation between the two countries and expressed the hope to normalize relations.

The source added that Suga gave a positive response to the message.

During the meeting, Park also said that relations between the Asian neighbors "should not remain like this," saying efforts are necessary to improve ties, and Suga echoed the need, another source said without providing more details.

A local media report said Park raised the need for a summit between Moon and Suga.

Park's meeting with Suga represented the second of its kind following his first one in November last year when he also delivered Moon's message hoping to normalize bilateral relations.

The ties between South Korea and Japan remain frayed over the prolonged row regarding wartime forced labor and sexual slavery issues.

Earlier on Wednesday, Park met with Hiroaki Takizawa, Japan's cabinet intelligence director, and U.S. Director of National Intelligence Avril Haines at an undisclosed place in Tokyo and discussed North Korea and other issues.

The meeting came as the U.S. government of President Joe Biden recently wrapped up its monthslong policy review on North Korea, which Washington has said would be a "calibrated" and "practical" approach toward the complete denuclearization of the Korean Peninsula.

Park is expected to return home later in the day after a three-day trip to Japan. His office declined to comment on the trip and media reports concerning those meetings. 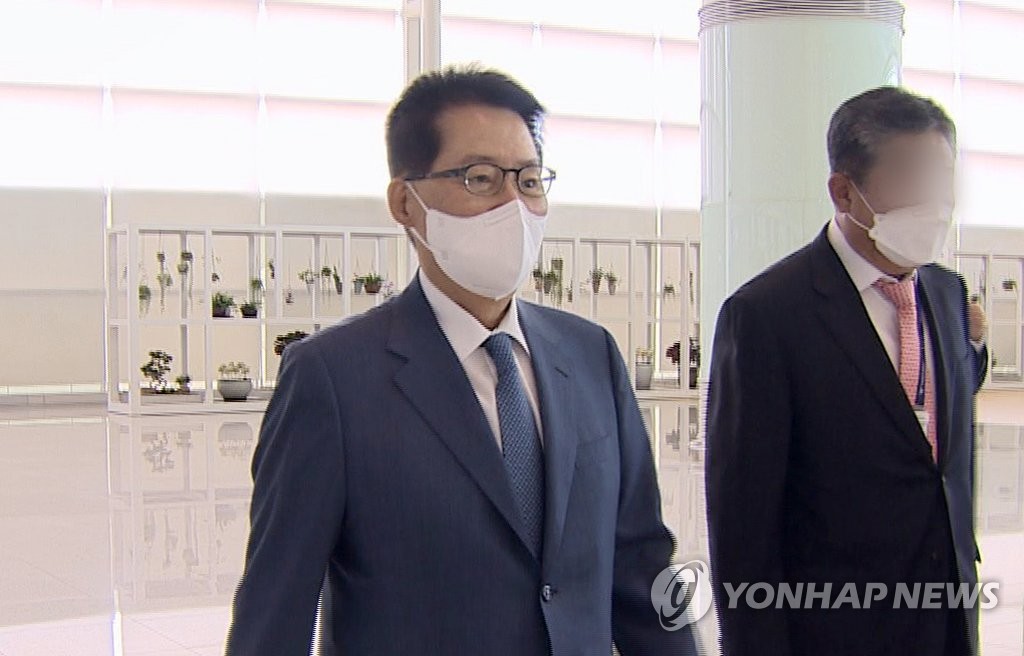