Under the deal, Doosan Heavy and nuclear power plant operator KHNP will develop technologies to produce and store hydrogen by using small- and mid-sized nuclear reactors and water power systems. 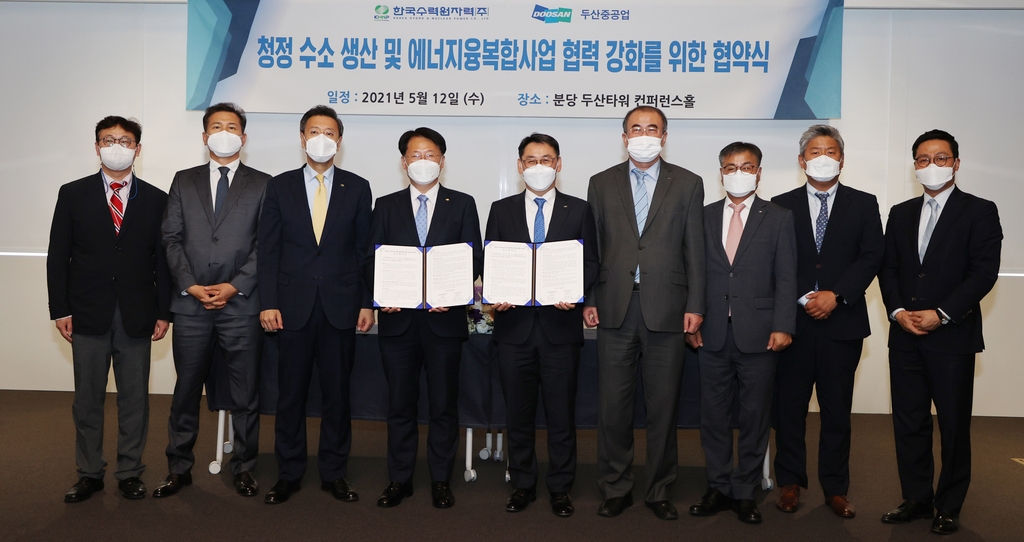 Doosan Heavy, a flagship of Doosan Group, also said its fuel cell manufacturing affiliate Doosan Fuel Cell Co., which has advanced technologies in hydrogen fuel cells, will push ahead with hydrogen projects with KHNP in the near future.

Last month, Doosan Group said it has been gearing up to tap the global hydrogen market by forming a task force.

Hydrogen has been emerging as an environmentally friendly alternative to fossil fuels, as vehicles and ships propelled by the resource only create water in the process of generating power.