The plaintiffs, including one affiliated with the National Federation of Fisheries Cooperatives, told a press conference outside the Jeju District Court they were seeking roughly 10 million won (US$8,850) per day from the Japanese government and Tokyo Electric Power Company Holdings (TEPCO).

The sum is based on estimates that they will make 50 percent less in commissions from consignment sales once the water is released into the ocean, they said.

"Insisting on discharging the water into the sea, when there are other safe ways to handle it, is an illegal act against the fishermen and people not only of Japan but also of neighboring countries," a representative of the plantiffs said, likening the action to a "huge crime against humanity."

The fishermen acknowledged that the Japanese government may be protected in court under the doctrine of "sovereign immunity," but they vowed to press ahead citing exceptions in cases of serious crimes.

They also urged the Japanese government and TEPCO to stop all preparations to release the water, which Tokyo has said will begin in 2023, and called on fishermen in neighboring countries to join their fight against the water's release. 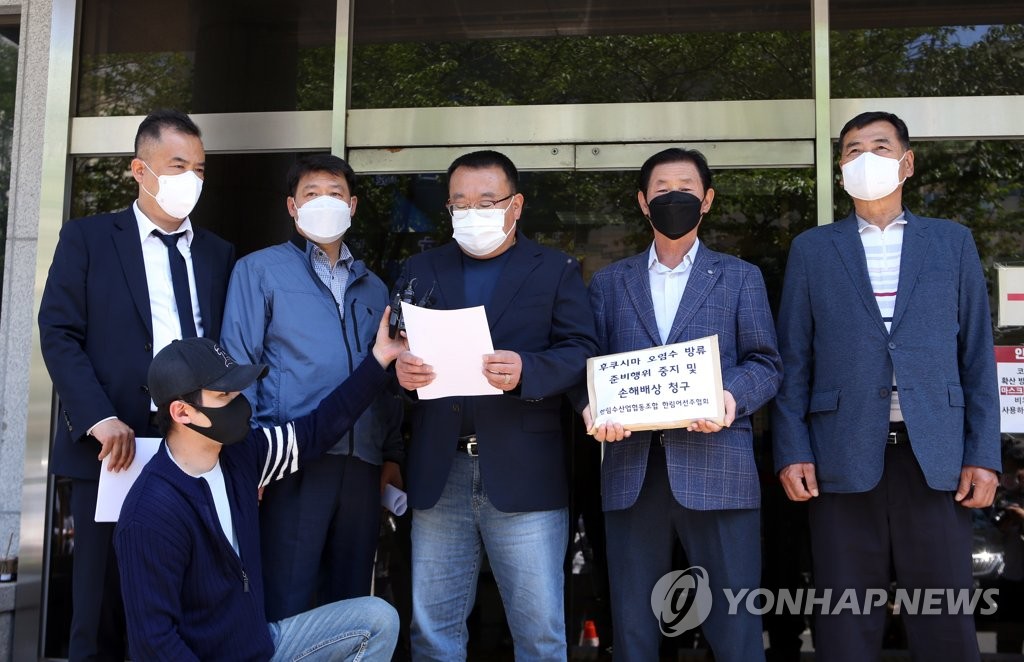