SEOUL, May 14 (Yonhap) -- Prime Minister Kim Boo-kyum said Friday that he will work toward pursuing national unity in the face of the ongoing COVID-19 crisis, as he began his official term as the administration's third prime minister.

"I will become a prime minister who thoroughly aims for national unity," Kim said while arriving at the government complex in Seoul on his first day as prime minister.

"The current struggle can be overcome only if we work together," Kim added, referring to the ongoing new coronavirus pandemic. 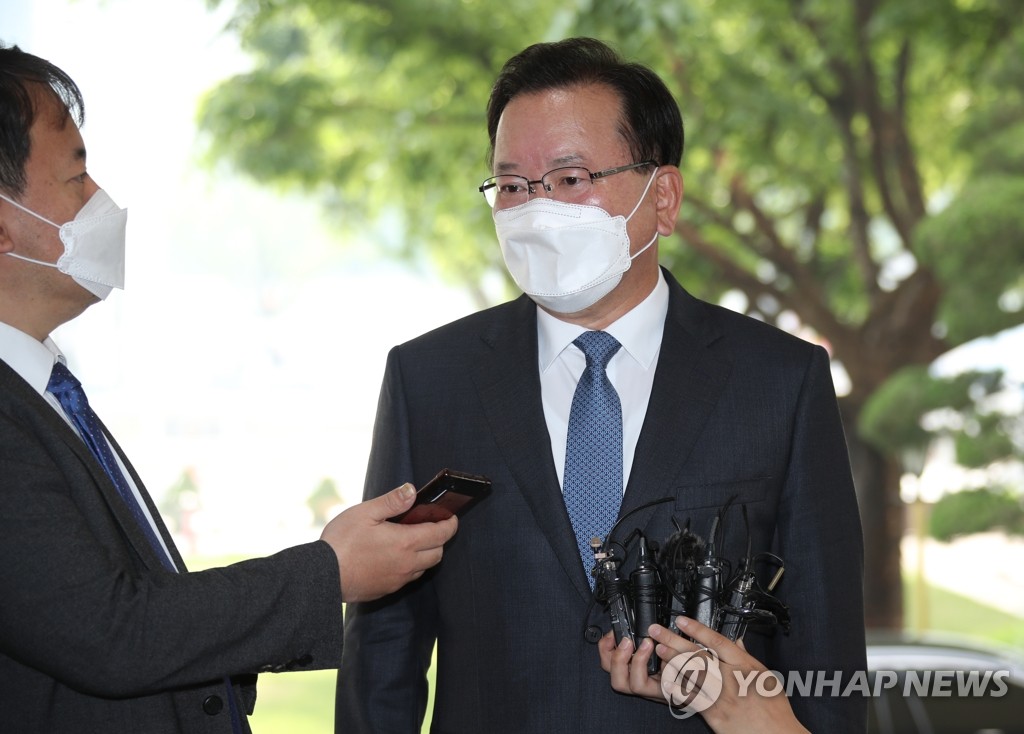 The National Assembly dominated by the ruling Democratic Party passed Kim's confirmation bill on Thursday night amid protest from the main opposition People Power Party over Cheong Wa Dae's apparent move to press ahead with the appointment of three nominees for the oceans, science and land ministries, despite alleged ethical lapses.

On Thursday, Oceans Minister nominee Park Jun-young, who came under fire for his wife's alleged smuggling of European porcelain ware, resigned in an attempt to resolve the political stalemate over Kim's confirmation vote.

Amid renewed partisan tensions over the new Cabinet picks, Kim also said he will reach out to both the ruling and opposition parties and ask for their support.

"To both the ruling and opposition parties, I will sincerely explain to them the situation and plea for their help," Kim said.

When asked about his economic policy vision, Kim said he will "level-headedly prepare" it to bring confidence to the public.

The prime ministerial seat had been vacant for nearly a month after predecessor Chung Sye-kyun stepped down on April 18 to run for the presidency. Deputy Prime Minister for Economy Hong Nam-ki had been acting as prime minister, chairing the daily interagency meeting on the coronavirus fight. 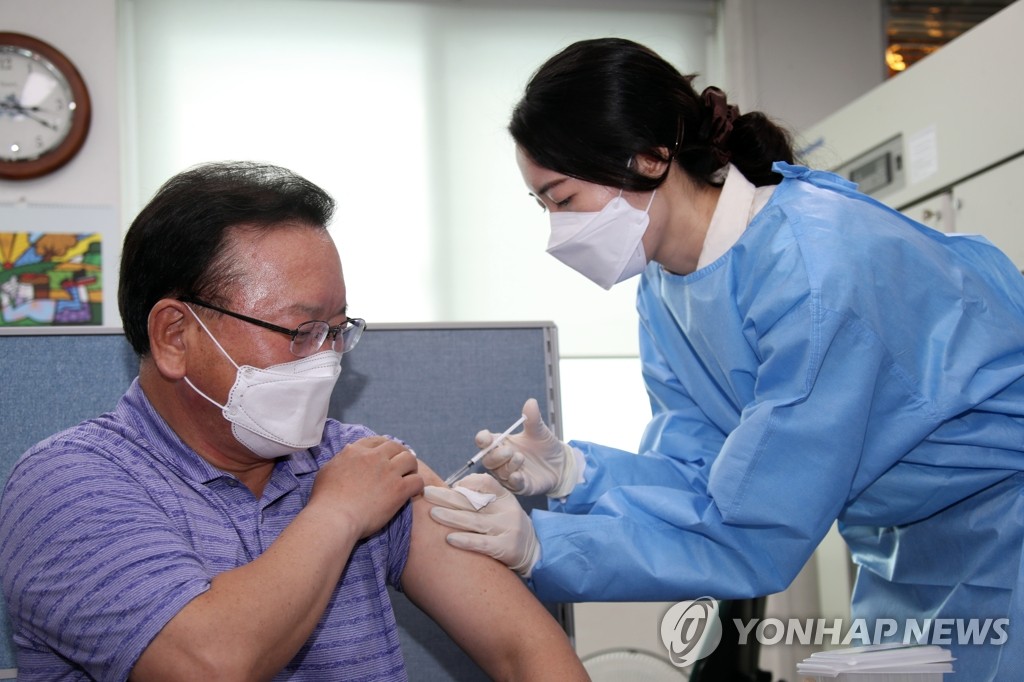 The new prime minister also asked the public to actively follow distancing rules and participate in the public vaccination program with a sense of hope and encouragement toward one another.

Amid the mounting pressure on the administration over the failure of its real estate policy, Kim also vowed to come up with measures to stabilize housing prices and to better accommodate average people with home purchase needs.

"We will no longer disappoint the people in terms of our real estate policy," Kim said during his inauguration speech at the Seoul government complex.

Kim was later administered with the AstraZeneca vaccine during an inspection of vaccination operations at a health center in central Seoul. The prime minister asked the public not to be afraid of being vaccinated, likening it to receiving an average flu shot.

"Being vaccinated is not just an act of personal interest but one of solidarity for our neighbors and the South Korean community as a whole," Kim said after receiving the shot.