SEOUL, May 15 (Yonhap) -- More than six out of every 10 South Koreans support the idea of pardoning Lee Jae-yong, the jailed de facto leader of Samsung Group, a poll showed Saturday.

According to the joint poll conducted on 1,003 people age 18 or over nationwide from Monday through Wednesday, 64 percent of the respondents said they support granting a pardon for Lee.

Only 27 percent opposed the idea, while the remaining 9 percent said they are undecided on the issue.

Those who support giving clemency to Lee outnumbered those who objected in all age and regional groups, according to the poll.

Among supporters of the liberal ruling Democratic Party, however, the support rate of 47 percent only slightly outweighed the objection rate of 44 percent.

With a 92 percent support rate, sympathizers of the main opposition People Power Party overwhelmingly opted for clemency for Lee. 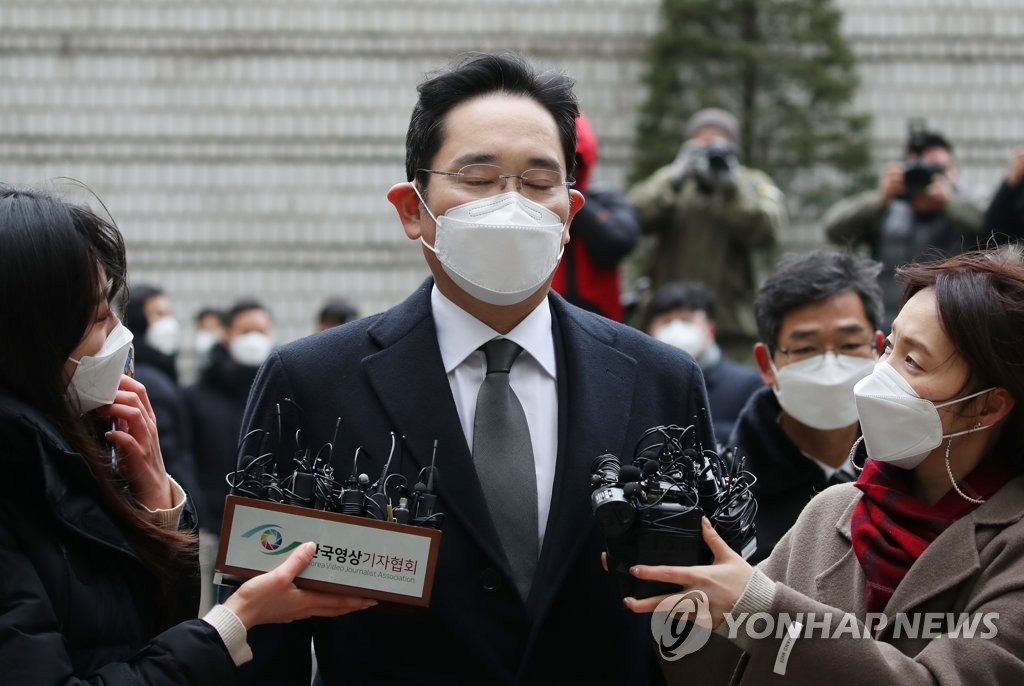 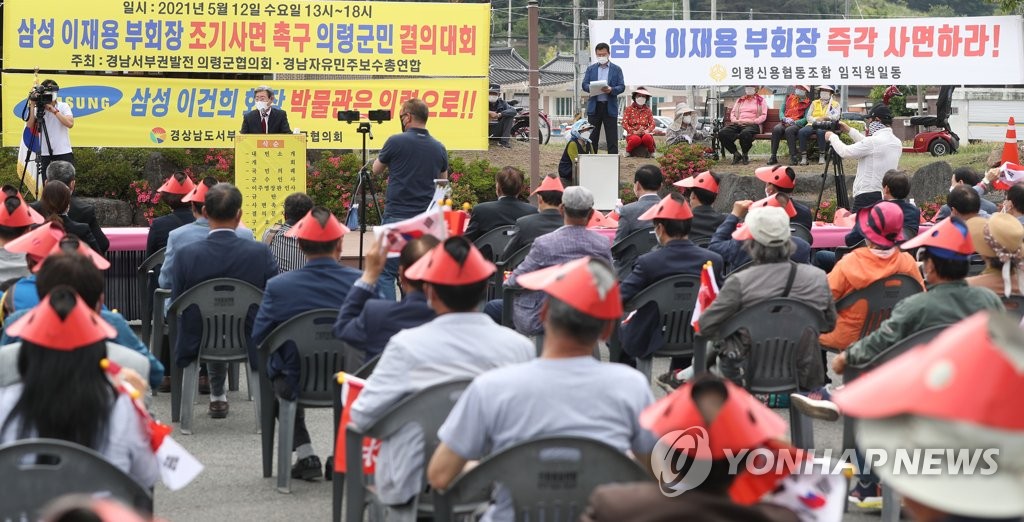 The poll jointly conducted by four Seoul-based pollsters -- Embrain Public, KSTAT Research, Korea Research International Inc. and Hankook Research -- has a margin of error of plus or minus 3.1 percentage points with a 95 percent confidence level.

The poll results came amid growing calls from business and religious leaders as well as politicians to pardon the jailed Lee.

The vice chairman of Samsung Electronics Co. was imprisoned in January over a high-profile corruption scandal that ousted former president Park Geun-hye. He was sentenced to 2 1/2 years in prison in a retrial by the Seoul High Court for bribing Park and her longtime friend, Choi Soon-sil, to win government support for a smooth father-to-son transfer of managerial power of the conglomerate.

Given the prison time he already has served in course of the judicial process, Lee will be a free man in July 2022, unless he is granted a pardon or commutation. He did not appeal the court ruling.

During a press conference marking the fourth anniversary of his inauguration on Monday, President Moon Jae-in said he would make a decision on the pardon case after listening enough to public opinions.

Over 6 in 10 S. Koreans in favor of giving pardon to jailed Samsung heir: poll

Over 6 in 10 S. Koreans in favor of giving pardon to jailed Samsung heir: poll