SEOUL, May 14 (Yonhap) -- President Moon Jae-in on Friday emphasized the importance of close cooperation between his Cheong Wa Dae team and the ruling party in handling major policy issues during the remainder of his tenure.

Meeting with the leaders of the Democratic Party (DP) at Cheong Wa Dae, he recalled frequent rifts between South Korea's ruling parties and lame-duck presidents.

When a presidency was on the home stretch, there used to be a chasm between a ruling party and the government, Moon pointed out.

"There was division inside parties as well due to competition ahead of (presidential) elections," he said. "It was the history of past parties (here)."

Moon asked Cheong Wa Dae and the DP to open a "new history." 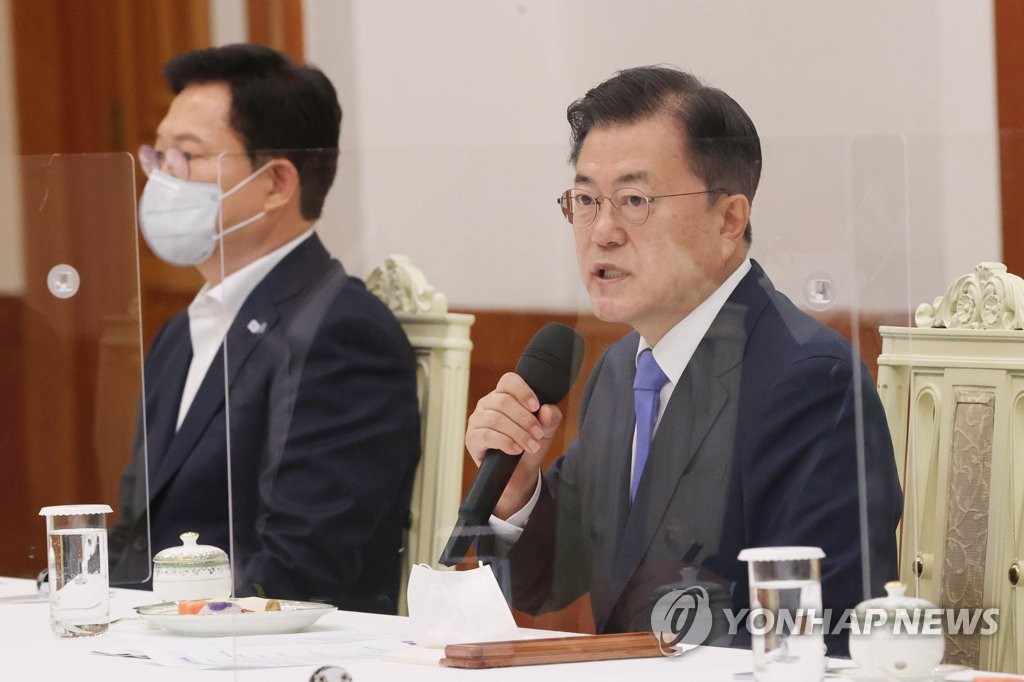 Indeed, the current ruling bloc often uses the expression "one-team spirit" with the presidential poll less than a year away. Moon's approval rating has dropped considerably in recent months to around 30 percent, but it is still relatively high for his predecessors in their final months in office.

Moon called for teamwork to address such problems as a struggle to create jobs, instability in the real estate market and inequality.

"Above all, the government and the ruling party should be competent" to meet the people's demands, taking a lesson from the DP's crushing defeat in the April 7 mayoral by-elections, he stressed. "I think competence stems from unity." 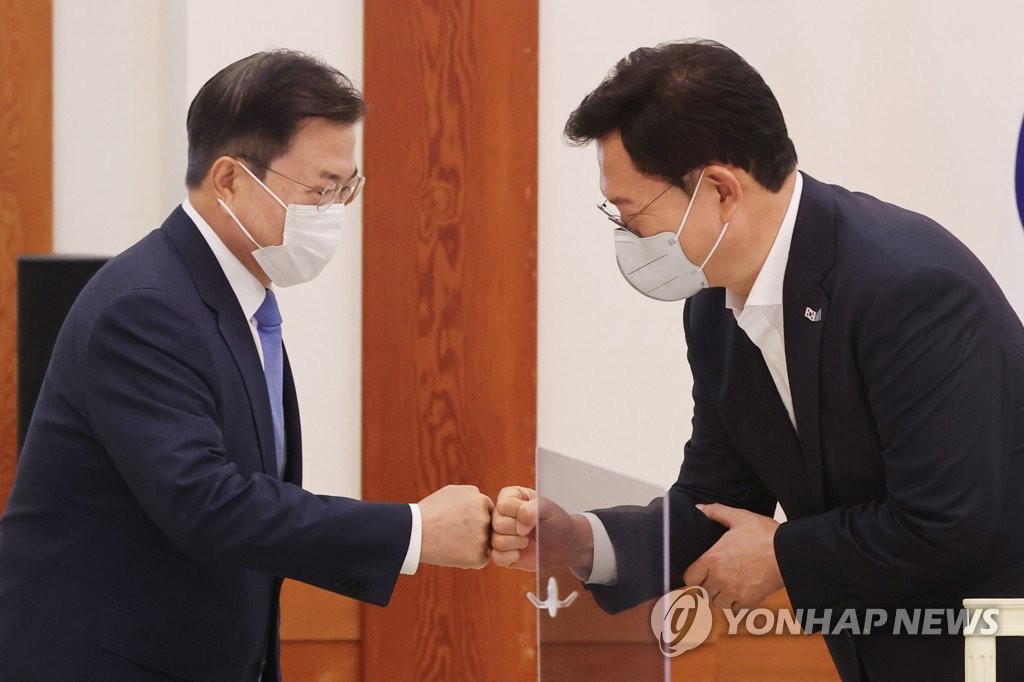 In response, the DP's new chief, Song Young-gil, voiced hope that the party's opinions will be reflected in policy measures, going forward, as much as possible.

His remarks heralded the DP's push for taking the initiative in handling key issues in the runup to the presidential election, slated for March 9, 2022. Under Song's leadership, it has already launched a special committee on efforts to curb home price hikes.

It is important to win the election in order for Moon to become a "successful president," he said, speaking in front of pool reporters at the beginning of the Cheong Wa Dae session.