SEOUL, May 14 (Yonhap) -- A woman who abused her adopted daughter to death was sentenced to life in prison Friday in a fatal child abuse case that shocked the country.

"The accused started to abuse the victim habitually about a month after adopting her and caused her death with unimaginable brutality," the court said.

"As the accused ruthlessly trampled upon the victim's dignity and honor as a human being, it is only reasonable to separate the accused from society indefinitely."

The court reprimanded the husband for making implausible excuses that he did not know Jung-in had been physically assaulted by his wife, even though he "was in a position where he must have known" what was going on inside their home. 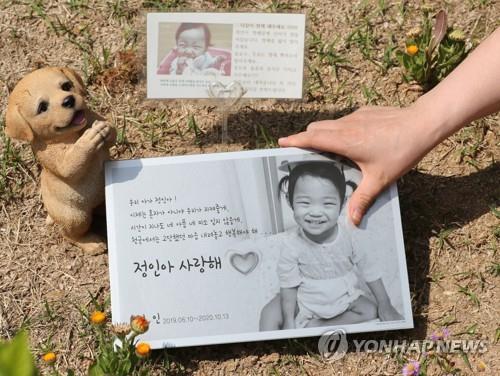 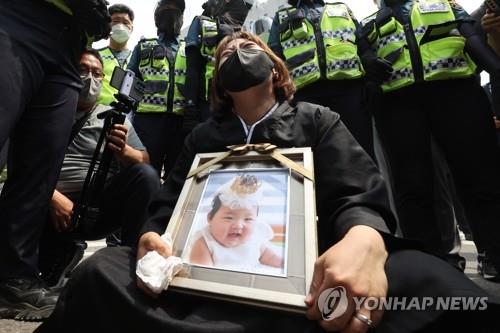 After the ruling was made, Lee Su-jin, who was wearing funeral clothes and holding the photo of Jung-in, cried in frustration.

"The ruling is really disappointing. If this is the punishment for abusing an innocent child to death, it will give a message to other abusers that they, too, could get away with killing a child."

Kong Hye-jung, head of the Korea Child Abuse Prevention Association, said Friday's ruling failed to live up to the people's expectation to bring justice to the child.

"We will keep monitoring their second and third trials to make sure they will not have their sentences commuted," she said. 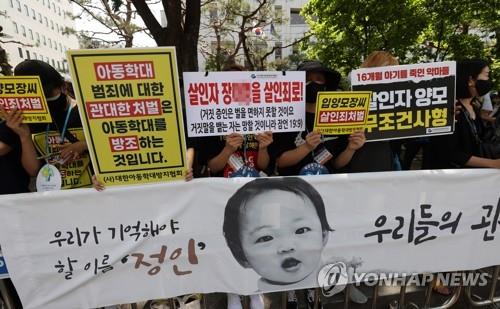