Moon greeted U.S. Director of National Intelligence Avril Haines at his office and expressed hope that Seoul-Washington cooperation on intelligence will further develop and the alliance will further solidify, according to Cheong Wa Dae spokesperson Park Kyung-mee.

Haines was quoted as replying that the alliance is not just about security but also about such universal values as democracy, peace and human rights.

The two also "exchanged broad and in-depth opinions" on pending issues between the two nations and the Korean Peninsula security situations, Park said in a press statement without elaborating, 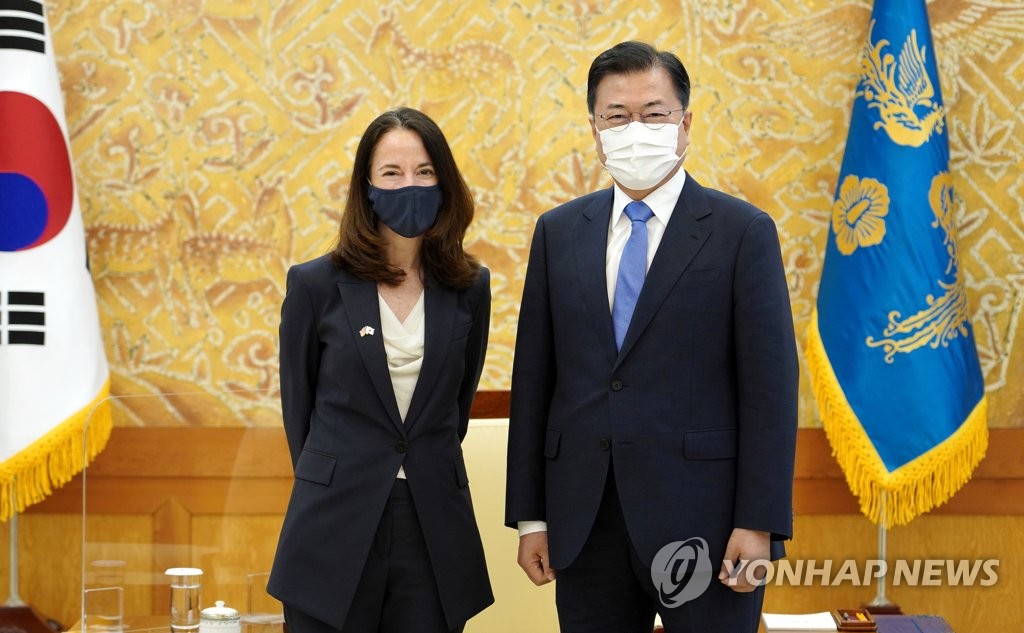