SEOUL, May 15 (Yonhap) -- Heavy rain is forecast to hit the greater Seoul area and some parts of Gangwon and North Chungcheong provinces early on Sunday morning, the weather agency said Saturday.

A special weather report will be issued for the areas, as there will be heavy rain between 30 millimeters and 50 millimeters per hour from daybreak to morning, the Korea Meteorological Administration (KMA) said.

The agency urged citizens to brace for the torrential rain to prevent damage, such as drain backflow.

The rain is predicted to stop on Sunday night from the western part of the country, the KMA said. 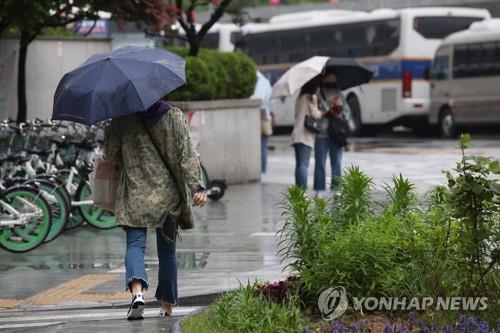