SEOUL, May 16 (Yonhap) -- South Korea's daily new coronavirus cases stayed in the 600s for the second consecutive day on Sunday as the country focuses on its vaccination campaign amid tight vaccine supply.

Daily infections fell from 681 on Saturday after posting more than 700 cases on Thursday and Friday as sporadic cluster infections continued nationwide.

There were four additional virus deaths, raising the total to 1,900. The fatality rate was 1.44 percent. 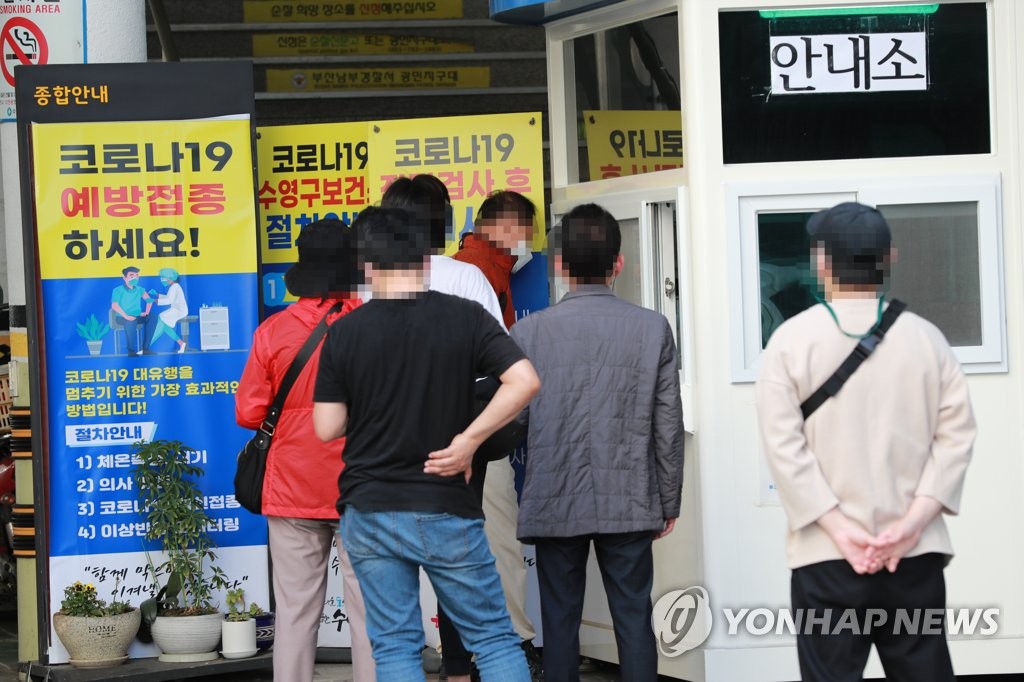 As of Sunday, 935,357 people, or 1.8 percent of the country's population, have been fully vaccinated, receiving both doses of two-part vaccines.

Authorities remain on alert amid concerns over the spread of the virus among people going out to enjoy warmer weather.

Of the locally transmitted cases, 208 cases came from Seoul, and Incheon and its surrounding Gyeonggi Province accounted for 171 cases.

Imported cases came to 38. Among them, 20 were South Koreans and 18 were foreigners, the KDCA said.

The number of patients in serious or critical condition came to 150, unchanged from the previous day.

The total number of people released from quarantine after making full recoveries was 121,764, up 482 from a day earlier.