SEOUL, May 17 (Yonhap) -- South Korea said Monday it will take timely action to stabilize the financial market if needed, as market volatility could further increase over growing U.S. inflation concerns.

The Ministry of Economy and Finance said if the U.S. Federal Reserve begins to tighten its monetary policy, the move could put a strain on South Korea's already high household debt.

The government said the global financial market has showed stabilizing movements since April, but market volatility has recently risen amid global inflation worries.

"The government plans to take timely steps when needed, as market fluctuations could increase if market players' inflation expectations sharply change or the Fed may fail to communicate with the market," the ministry said in a statement on an economy-related meeting.

The ministry said it will continue consultations with the U.S. government over foreign exchange rates and other economic policies.

"As global inflation concerns and foreign capital movements could serve as potential external risks, we will thoroughly manage such risk factors in the second half," Finance Minister Hong Nam-ki said at the meeting.

Global inflation fears mounted after the U.S. said last week its consumer prices shot up 4.2 percent on-year in April, the fastest in 13 years.

South Korea's financial market sank Thursday on concerns that the Fed may raise the policy rate sooner than expected amid inflation risks.

Asia's fourth-largest economy is on a recovery track on the back of robust exports of chips and autos.

But the government cited a rise in asset prices across the globe, growing inflationary pressures and an uptrend in market interest rates as economic uncertainties.

South Korea's central bank is widely expected to be under pressure to raise its key rate if the Fed begins to tighten its easy monetary policy. A U.S. rate hike would narrow the interest rate gap between the two nations, which could spark foreign capital outflows in South Korea.

The Bank of Korea (BOK) froze its key interest rate at a record low of 0.5 percent in April amid a flare-up in COVID-19 cases.

Minutes from the latest policy meeting showed BOK policymakers assessed that it is too early to discuss normalizing accommodative monetary steps, but they also voiced concerns about an uptick in consumer inflation.

The country's household credit reached a record high of 1,726.1 trillion won (US$1.5 trillion) as of the end of last year, up 126 trillion won from a year earlier, according to the BOK. 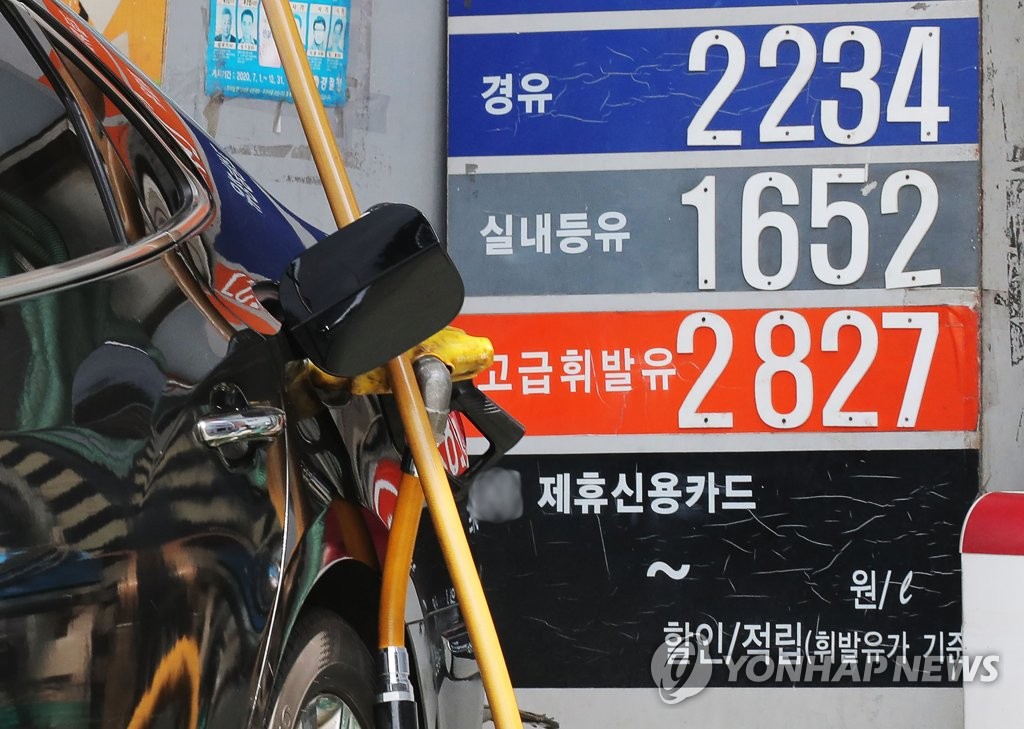