The dark fantasy "Demon Slayer: Kimetsu no Yaiba the Movie: Mugen Train" sold 29,000 tickets over the weekend, surpassing the 2 million threshold nearly four months after its release in late January, according to the data by the Korean Film Council (KOFIC).

It is the second film released in 2021 to hit 2 million in the country, following the Disney-Pixar fantasy animated film "Soul."

"Demon Slayer" is the sequel to the TV animation series "Demon Slayer: Kimetsu no Yaiba," revolving around a young boy who wants to become a demon slayer after losing his family to demons.

Topping the weekend box office was the American horror film "Spiral: From the Book of Saw," which attracted 60,000 people.

The U.S. spy movie "The Courier" came in next with 36,000 moviegoers, followed by the American adventure animation "The Croods: A New Age" with 33,000 and "Demon Slayer." 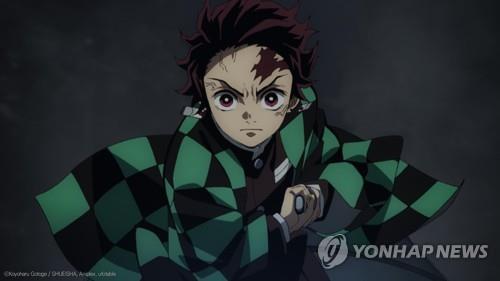