SEOUL, May 17 (Yonhap) -- Girl group aespa, the four-piece K-pop act that debuted in November under a concept of connecting with avatars, said the rare theme has added a unique touch to its profile.

Trained and produced by K-pop powerhouse SM Entertainment, the band's name comes from the English words "avatar, experience and aspect," with the name meaning "to be able to meet another self through an avatar and experience a new world."

Under the concept, the multinational act -- consisting of members Karina and Winter from South Korea, Ningning from China and Giselle, who is Korean Japanese -- appears with its own virtual avatars. 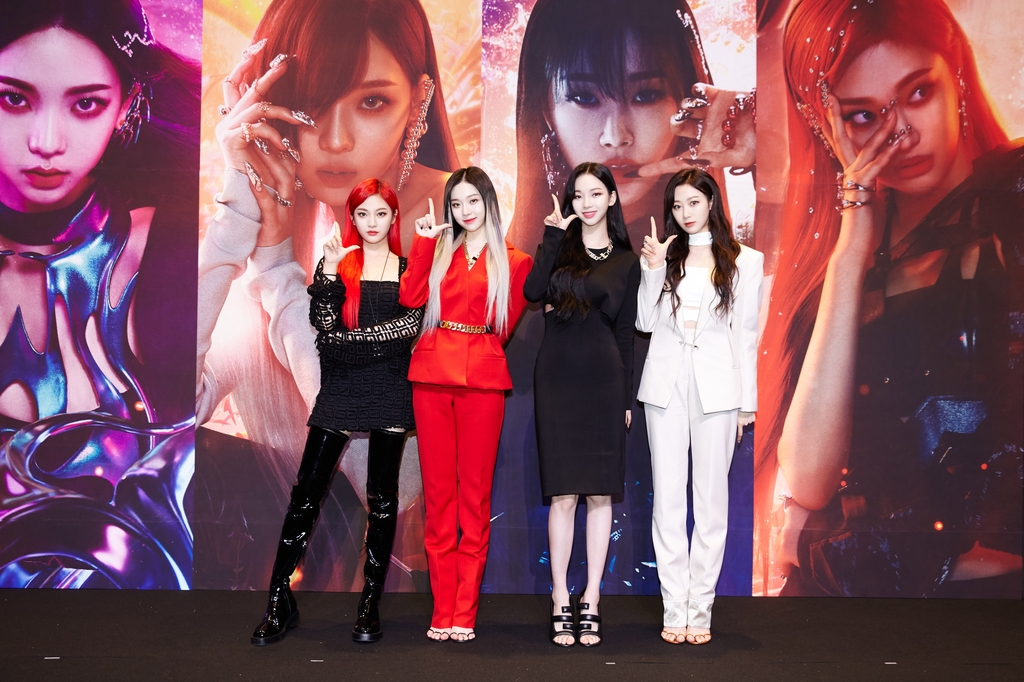 "Meeting with avatars and going through adventures (with them) is an unprecedented concept. It's good that we have come to build a unique color and style (through the concept)," Winter said during the group's first news conference since its debut.

The quartet -- the new first new K-pop act SM showcased since unveiling NCT in 2016 -- released its first single, "Black Mamba," which tells the story of a being that attempts to disrupt the connection between the four members and their avatars. 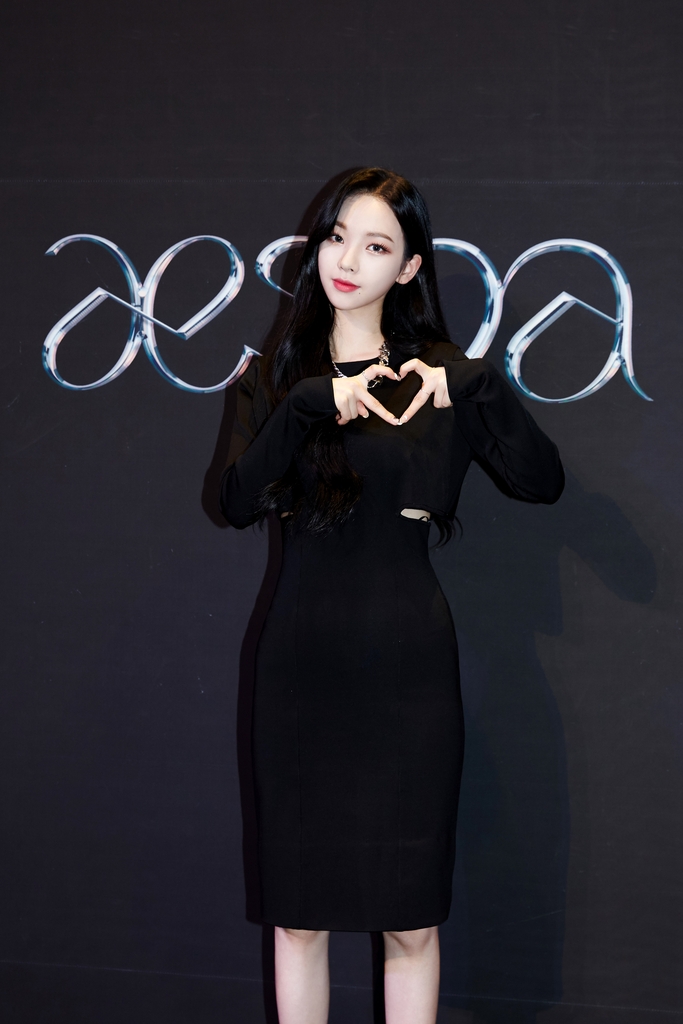 The song made a splash on global music charts, landing on the Billboard Global Excl. U.S. chart and topping streaming on the Korean music chart ran by China's QQ Music. The song's music video also became the fastest debut music video by a K-pop act to reach 100 million views on YouTube.

The group also clinched awards for rookies in the K-pop industry, which member Winter cited as one of the most "memorable moments" for the act whose post-debut activities have been limited due to the new coronavirus.

"You can only get the awards once after your debut. It will be a huge source of energy for us going forward." Karina, who described aespa as an "eight-piece girl group" when including the four avatars, said the act had to go through training to fully embrace the concept.

"We learned about the concept for a long time since we can go on with our activities after learning and understanding the concept," she said. "Now we've fully grasped it."

Karina said the group had no issues with synchronizing with their individual avatars.

"We do some activities with them, and since they are built based on our data, we connect well without putting in too much effort." 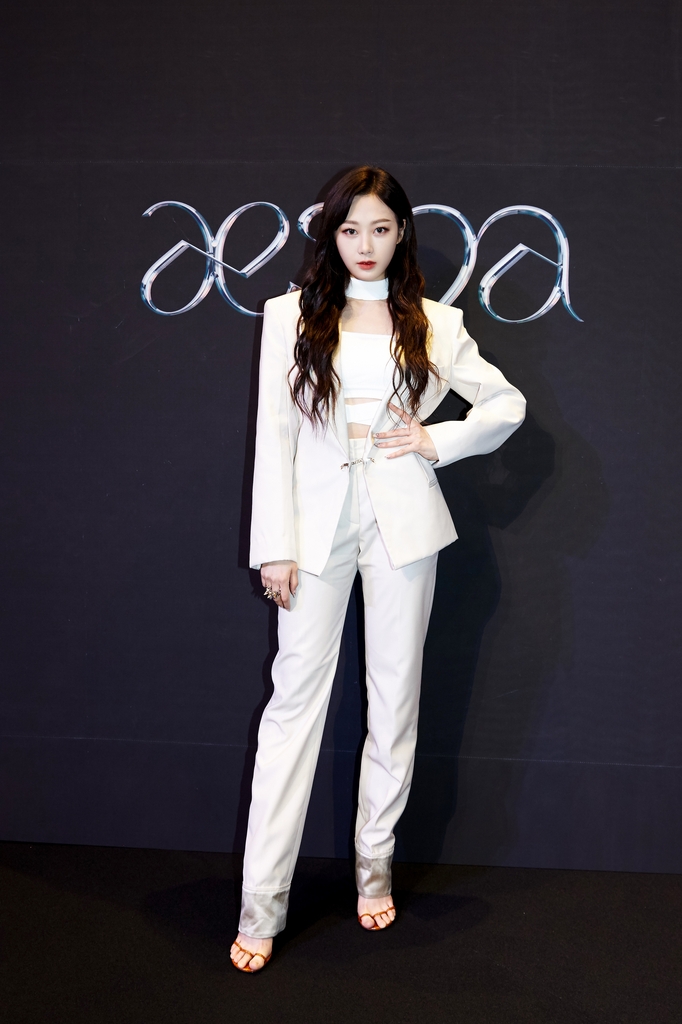 The group said its future activities will also center on the avatar concept, with its upcoming single "Next Level" telling the story of aespa venturing out to wilderness to find "Black Mamba."

"(The song) depicts how we head out to wilderness to solve the issue of disconnecting with our avatars due to Black Mamba. It tells the story after (our first single) 'Black Mamba,'" Ningning said.

In terms of musical style, the four-piece act said it tried to show a more powerful image in the song that is a remake of the namesake song that was part of the movie soundtrack "Fast & Furious: Hobbs & Shaw."

"We tried to show a more groovy and energetic side," Karina said. "We also considered how we can put in our colors since it's a remake of a movie soundtrack," she said, asking listeners to focus on the base riffs.

"We were loved with 'Black Mamba,' but since we are still rookies, we want to continuously show our growth (with the new single)," Giselle added. 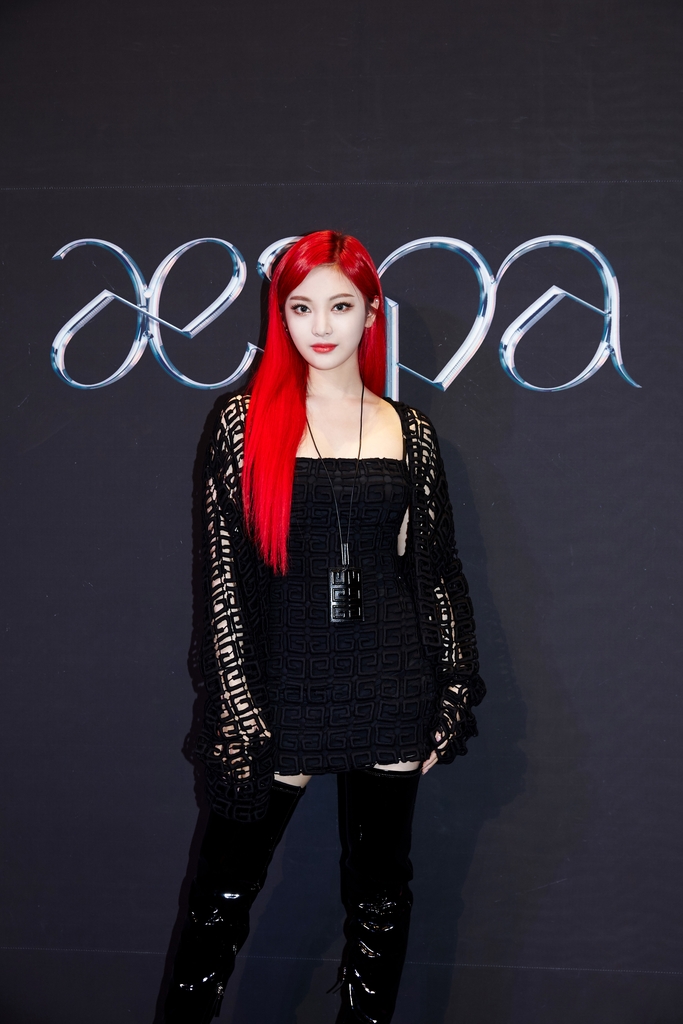