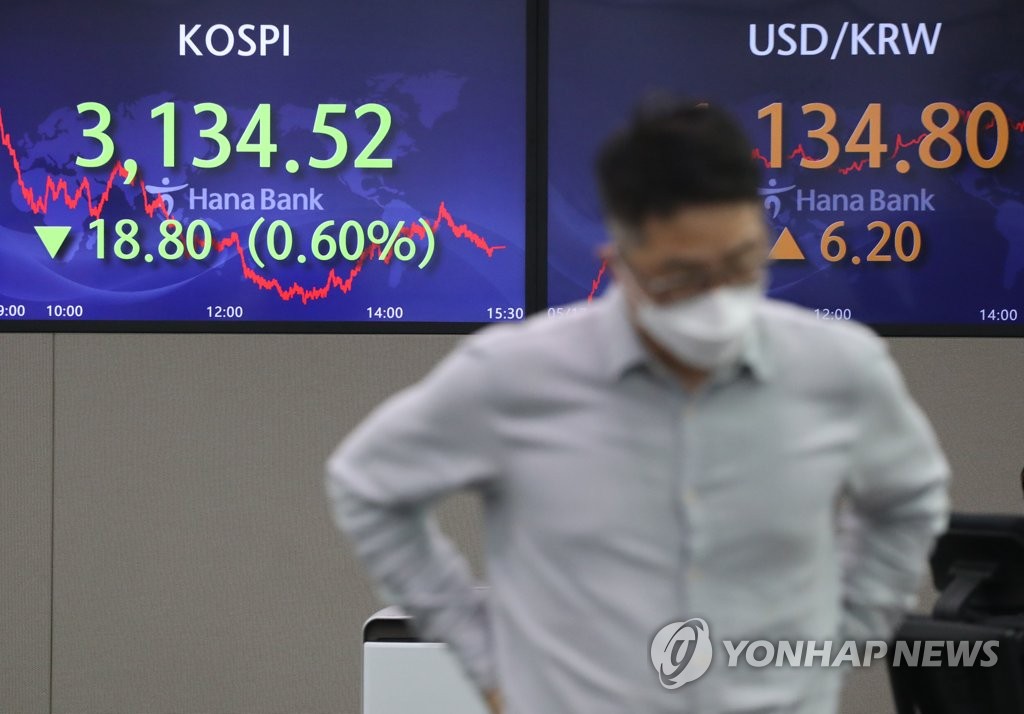 The main index got off to a firm start, tracking a Wall Street rally on Friday, but turned lower as investor sentiment was weighed down by rising COVID-19 cases across Asia.

Taiwan and Singapore have imposed new restrictions against the virus to curb a recent spike in new infections.

The local currency closed at 1,134.8 won against the U.S. dollar, down 6.2 won from the previous session's close.

Bond prices, which move inversely to yields, closed higher. The yield on three-year Treasurys lost 0.9 basis point to 1.107 percent, and the return on the benchmark five-year government bond fell 2.7 basis points to 1.624 percent.