SEOUL, May 17 (Yonhap) -- Daewoo Shipbuilding & Marine Engineering Co., a major South Korean shipbuilder, said Monday it swung to the red in the first quarter of the year from a year earlier due to fewer-than-expected orders in the past few years.

Net losses came to 234.7 billion won (US$207 million) during the January-March period, compared with a profit of 242.5 billion won a year earlier, the company said in a regulatory filing. 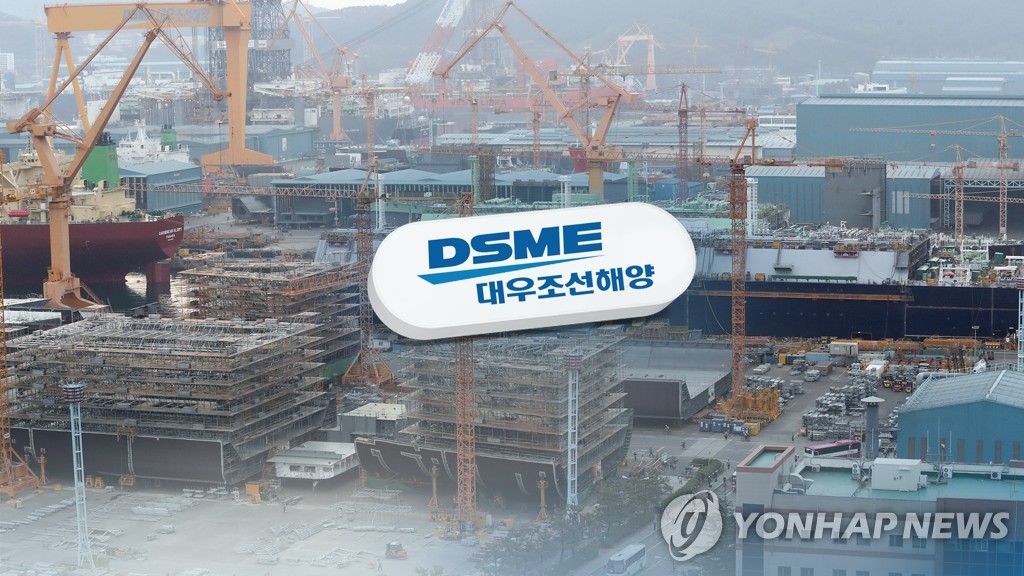 Daewoo Shipbuilding said it swung to the red in the past quarter as the company failed to secure enough orders over the previous years amid the industry-wide slump.

The rising global prices of materials, including steel, also weighed on its first-quarter performance.

The company, however, said it expects to enjoy improved earnings down the road in sync with the recovery of the global shipbuilding industry.

Shares of Daewoo Shipbuilding advanced 0.96 percent on the main bourse to 36,750 won on Monday. The earnings report was released after the market closed.