WASHINGTON, May 17 (Yonhap) -- The United States will provide up to 80 million doses of COVID-19 vaccines to other countries by the end of next month, President Joe Biden said Monday, reiterating his pledge to turn his country into an "arsenal" of vaccines for the entire world.

The president noted the number of vaccine doses to be sent overseas will be five times higher than those provided by any other country.

The U.S. earlier committed to providing 60 million doses of AstraZeneca vaccine to other countries, pending on the outcome of a still-ongoing safety evaluation by the U.S. Food and Drug Administration. 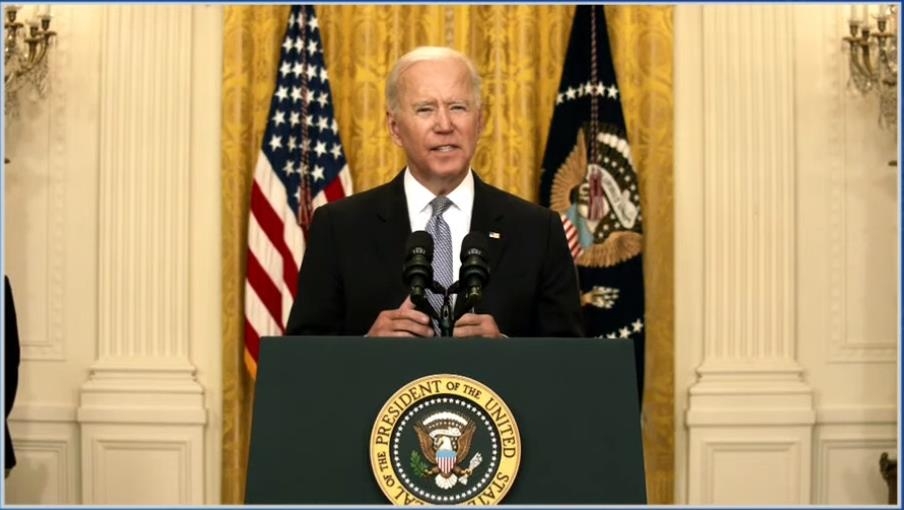 "This will be more vaccines than any country has actually shared today -- five times more than any other country. More than Russia and China, which have donated 15 million doses," said the president.

Biden said the U.S. will work with international organizations such as COVAX to ensure "equitable" delivery of U.S. vaccines to other countries.

"We'll share these vaccines in the service of ending the pandemic everywhere. And we will not use our vaccines to secure favors from other countries," he said.

"Just as in World War II America was the arsenal of democracy, in the battle against COVID-19 pandemic our nation is going to be the arsenal of vaccines for the rest of the world," added the president.

The U.S. move comes amid South Korea's request for the U.S. to provide such vaccines under a swap arrangement that will allow the U.S. to be paid back in full in vaccines.

Seoul is currently facing a temporary shortage of vaccines with most of its purchased shipments scheduled to start arriving later in the year.

The State Department earlier refused to provide details of what it called its "private" and "diplomatic" discussions with South Korea when asked by Yonhap if the United States was considering agreeing to such an arrangement with its Asian ally.

South Korean President Moon Jae-in is set to visit Washington this week for his in-person summit with Biden on Friday.

The U.S. has expressed its support for waiving intellectual property rights of COVID-19 vaccines, including those of U.S.-developed vaccines, which would allow mass production of vaccines by any country with necessary capacity.

U.S. officials, however, have noted the process of reaching a global consensus on such a waiver could take weeks, if not months.

Biden said his country will continue to donate extra supplies to other countries while working with other countries to vastly increase supply "in a way that creates jobs here at home and saves lives abroad."

"This will take longer than our immediate work to donate from the existing supplies, and we're going to be asking other nations to help shoulder the economic cost of this effort. But the consequences would be more lasting and more dramatic," he said.