SEOUL, June 21 (Yonhap) -- Representatives of the labor union at Samsung Display Co. on Monday launched their first-ever strike after failing to reach a compromise on a wage hike, and the walkout marks the first after group chief Lee Jae-yong promised to abolish the conglomerate's "no labor union" policy.

Around 40 representatives of Samsung Display's labor union staged a walkout at its plant in Asan, South Chungcheong Province, after their wage negotiations with the company did not reach an agreement.

The union, which has about 2,400 members, or 10 percent of Samsung Display workers, has yet to decide whether to launch a full-scale strike with other workers.

The union demanded a 6.8 percent increase in base pay, but the company insisted on a 4.5 percent raise. The labor ministry's mediation also failed to narrow differences between the two sides. 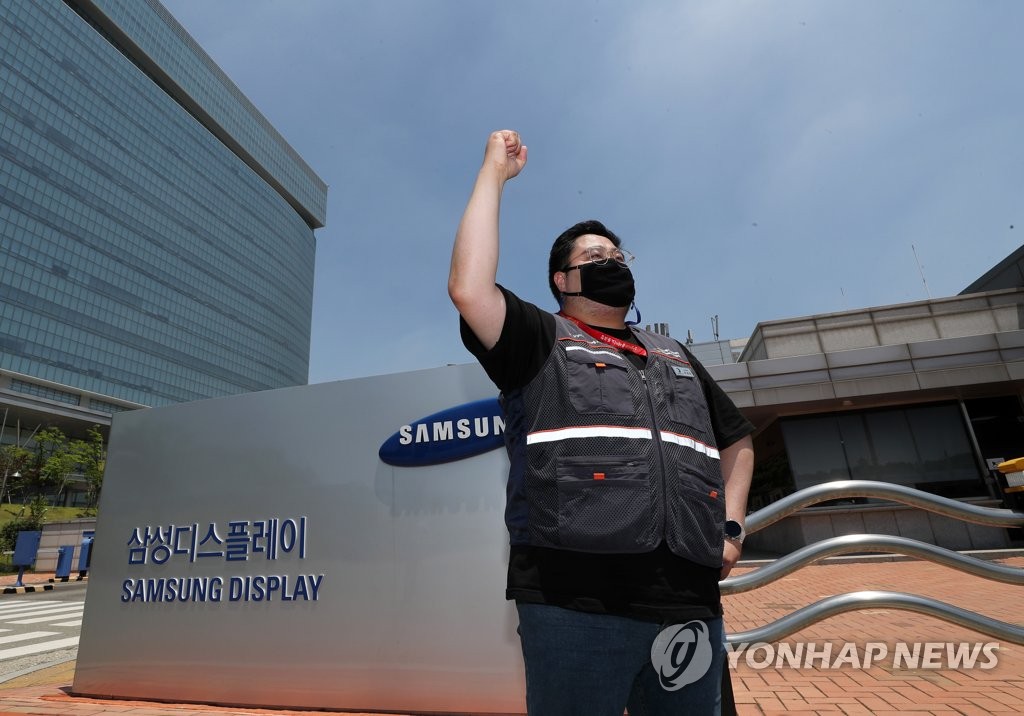 The strike was the first among Samsung Group's electronics affiliates.

It is also the first strike at a Samsung company since Samsung Electronics Vice Chairman Lee Jae-yong, the de facto leader of South Korea's top conglomerate, pledged to discard the "no labor union" policy in May last year.

He promised that the group will strictly comply with labor-related laws and will guarantee three fundamental labor rights of workers.

Industry observers said a strike at Samsung Display may expand to other affiliates in the future.

Labor unions of eight Samsung Group affiliates, including Samsung Electronics and Samsung SDI, have formed an alliance and previously planned a joint walkout.