The company said it recently signed a business partnership with the International Korean Education Foundation to develop support material for Korean language classes at overseas schools.

The new learning material will be distributed at elementary and middle schools abroad through Seoul's education ministry starting early next year, according to Hybe Edu.

As of 2020, there were 1,700 schools in 39 countries that included Korean as part of their official foreign language education curriculum. The education ministry recently announced plans to increase this to some 2,000 schools in 45 countries by 2022.

"Learn! Korean with BTS" has been used in Korean classes at some overseas universities, such as the University of Sheffield in Britain and Middlebury College in the United States, according to Hybe Edu. 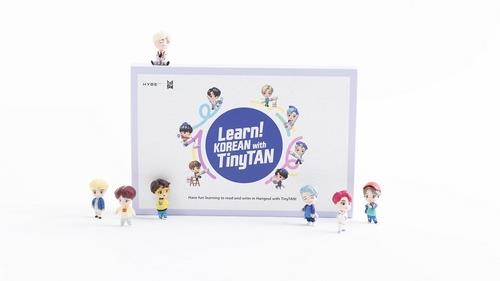