Like the lighthearted drama "The Woman Who Ran," which gave him the best director honor last year at Berlin, "Introduction" is divided into three separate stories that take place when a 20-something man named Young-ho (Shin Seok-ho) visits his father, girlfriend and mother, respectively. 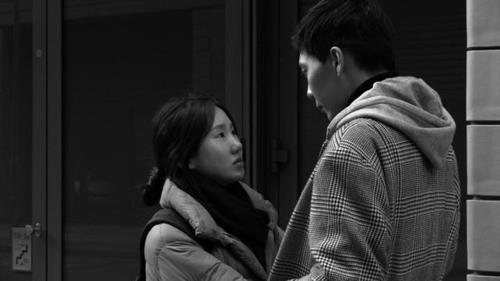 In the opening chapter, Young-ho visits his acupuncturist father and waits for him to finish his work. While his father is busy treating a famous theater actor (Ki Joo-bong), Young-ho has a friendly chat with a nurse (Ye Ji-won), who he once fell in love with.

Ju-won (Park Mi-so), Young-ho's girlfriend, takes the second chapter. She comes to Berlin to study fashion. Her mother (Seo Young-hwa) brings her daughter to her old friend (Kim Min-hee) based in Berlin and asks her friend to let Ju-won stay with her until the daughter finds her own place. Young-ho traveled to Berlin on a whim to see his girlfriend on the day she arrives in the German city.

A few years later, Young-ho comes to a restaurant near a Korean seaside resort out of season to see his mother (Cho Yun-hee), who is having a meal with the famous actor, the one Young-ho saw at his father's clinic. The mother thinks the actor can give her son advice about his decision to quit his acting career. 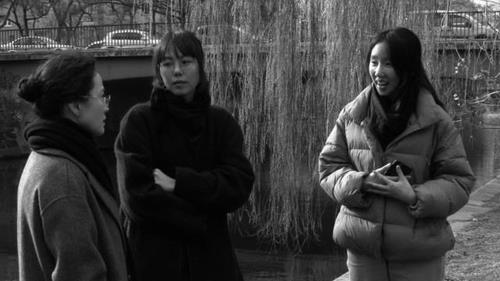 As with nearly all works of Hong, the three-chapter piece lets viewers guess how everyone is related and what previous events they have engaged in.

Their interactions are full of pauses and awkwardness, and their monotonous and mundane dialogue is not enough to find out what the director really wants to tell viewers. The black-and-white cinematography and the relatively short running time of 66 minutes may distract the viewers from their search for inner meaning.

But the title of the movie helps give a glimpse of its message, as "Introduction" is the only film that is originally titled in English out of Hong's 25 pieces.

In a one-minute trailer released earlier this month, the director said he could not find a Korean-language word to perfectly translate the English word of introduction. In dictionaries, the word has several meanings -- the act of beginning something new, the first section of a communication, making a person known to another, a basic or elementary instructional text and so on.

He said he chose an English title for the first time as he wanted to embrace all the meanings that the word has.

"Introduction," in which Hong played the roles of director, screenwriter, editor, cinematographer and composer, will hit local screens on May 27. 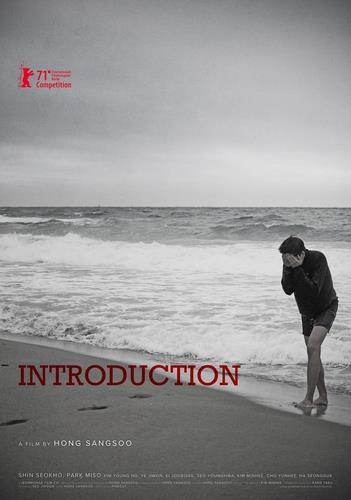