SEOUL, May 18 (Yonhap) -- They may be first and second in the K League 1 tables at the moment, but Jeonbuk Hyundai Motors and Ulsan Hyundai FC aren't exactly playing like the league's top two contenders.

Jeonbuk are mired in a season-worst four-match winless streak, with three draws and a loss. They're still in first place with 29 points after 14 matches thanks to a blazing start to the season. But they have since missed opportunities to run away from the rest of the competition and suffered their first loss of the season on May 9 against Suwon Samsung Bluewings. 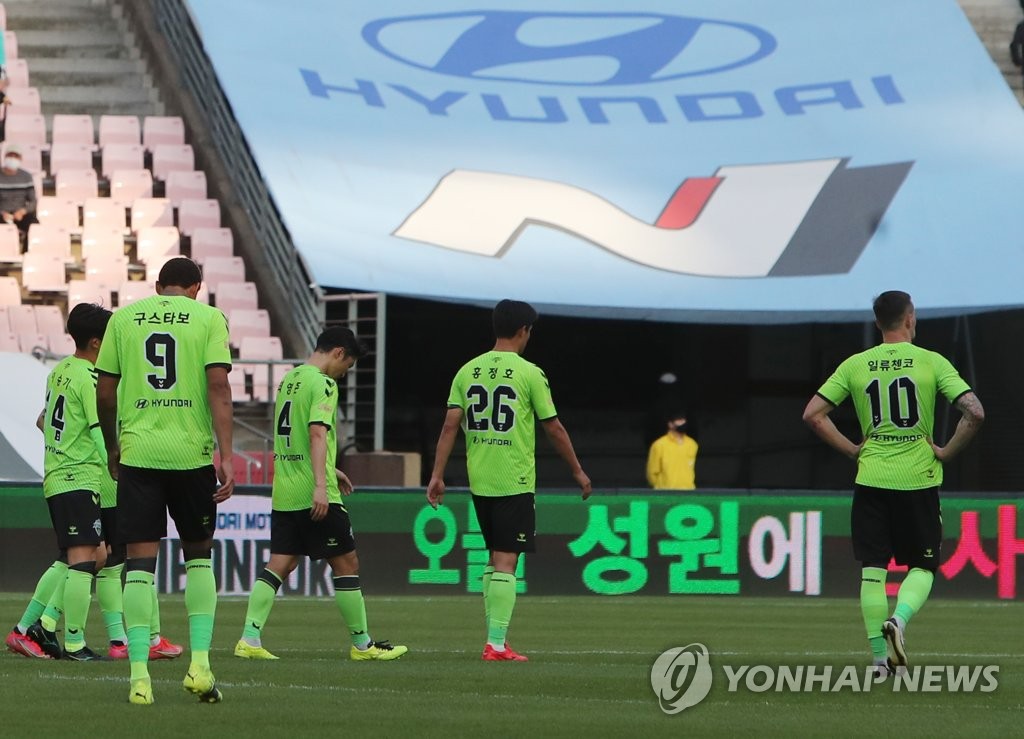 Ulsan, despite having played one more match than Jeonbuk so far, are in second place with 27 points. They've wasted chances to move ahead or at least close the gap, with one win and four draws in their past five contests.

In each of the past two matches, Ulsan gave up the opening goals and played catch-up just to eke out draws.

It's against this backdrop that Jeonbuk will host Ulsan at 7 p.m. Wednesday at Jeonju World Cup Stadium in Jeonju, 240 kilometers south of Seoul.

It'll be their second meeting of the year. Their first match fizzled out in a scoreless draw, the first time that Jeonbuk's high-octane offense has been held scoreless all season. 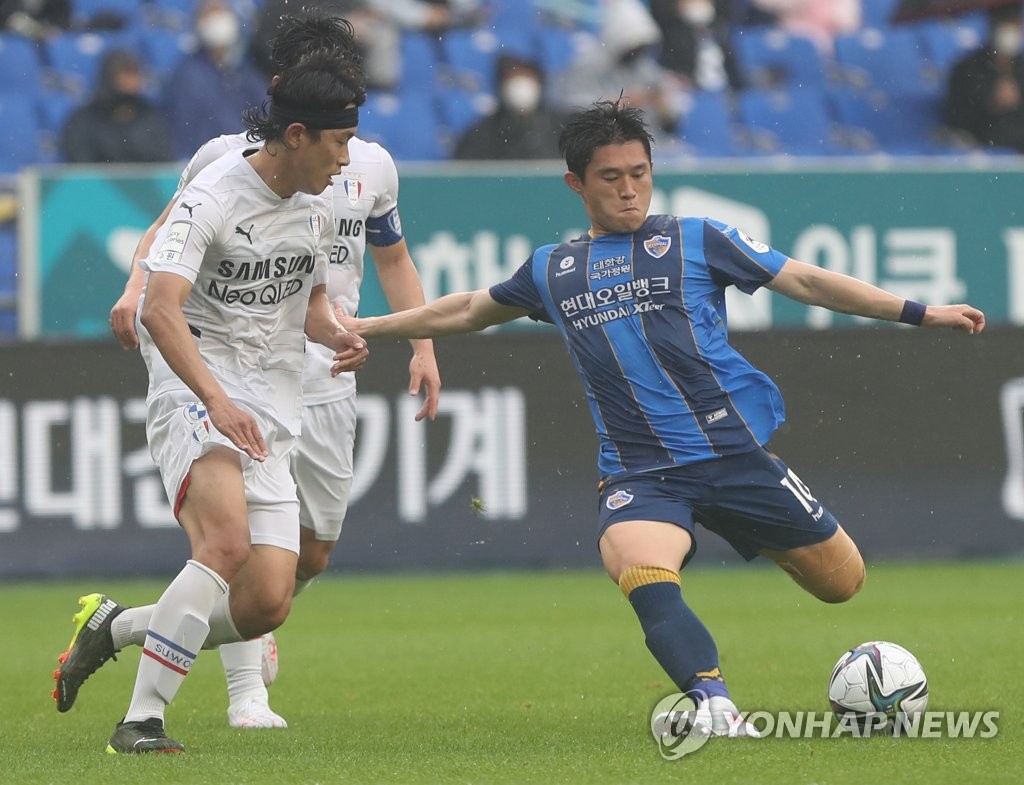 "The first meeting didn't live up to the hype, and we'll try to score more goals this time," Jeonbuk coach Kim Sang-sik said in a prematch press conference Monday. 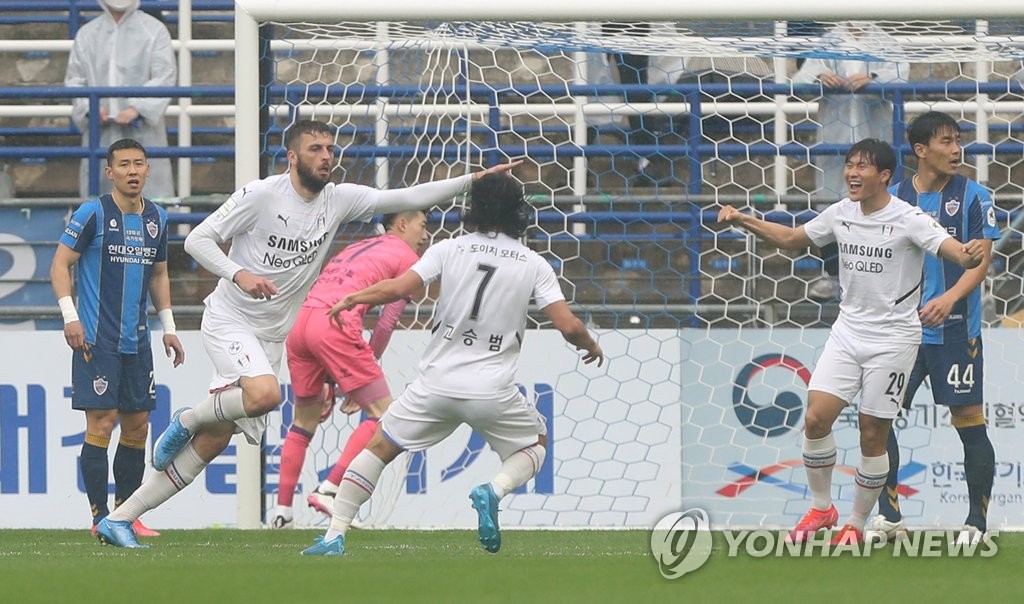 Two teams directly below the top dogs, Suwon Samsung Bluewings and Daegu FC, will also clash at 7 p.m. Wednesday, with a chance to climb to second place.

Suwon are in third with 26 points after 16 matches, and have posted three wins and two draws in their past five.

Daegu, on the strength of the league-best six-match winning streak, have 25 points from 15 matches. They have outscored opponents 12-3 during their current run. 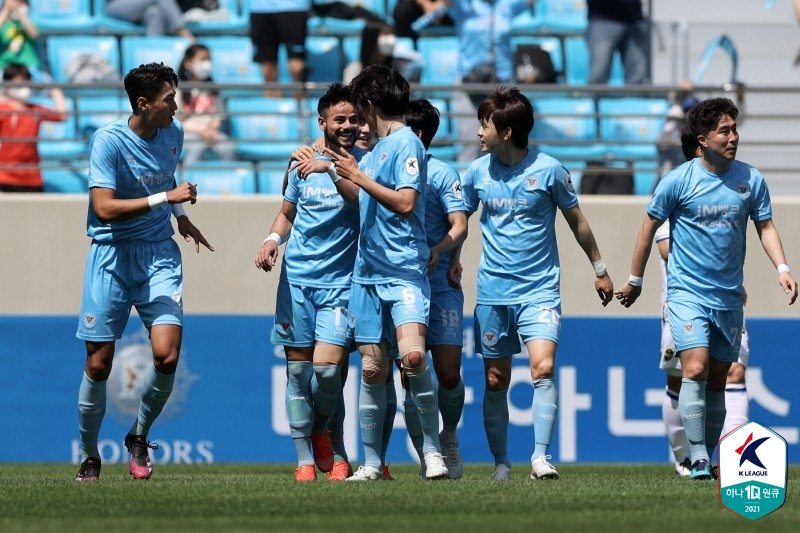