GWANGJU, South Korea, May 18 (Yonhap) -- South Korea marked the 41st anniversary of the 1980 pro-democracy uprising in Gwangju on Tuesday, as the historic incident drew fresh attention amid Myanmar citizens' struggle against the military junta.

About 200 people were killed and thousands injured in the southwestern city from May 18-27, 1980, as the military brutally cracked down on protestors who rose up against the ruling junta led by Chun Doo-hwan.

In a commemorative social media message, President Moon Jae-in expressed sympathy with Myanmar people fighting against military rulers who seized power in a coup on Feb. 1. About 750 citizens are estimated to have been killed by government security forces in the Southeast Asian country.

"We are seeing yesterday's Gwangju in today's Myanmar. I eagerly hope that Gwangju and Hinzpeter's journalist spirit will offer hope to Myanmar," Moon wrote on social media. He referred to Jurgen Hinzpeter, a German journalist, whose report made the Gwangju incident known to the outside world. 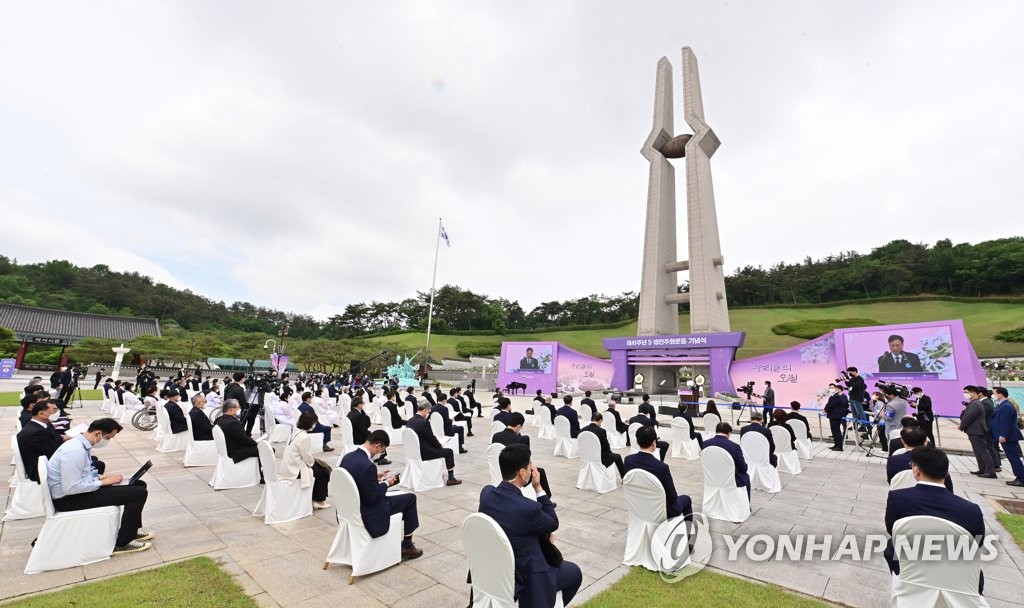 Prime Minister Prime Minister Kim Boo-kyum also expressed hopes the spirit of Gwangju will inspire pro-democracy fighters in Myanmar and around the world.

"The May 18 democratic movement and its spirit are our proud history that brightened an era of turbulence. Gwangju is also a hope for citizens fighting for democracy around the world," Kim said in his address during an official commemorative ceremony in the city, about 329 kilometers south of Seoul.

"I hope that all citizens who are resisting corruption, injustice and forces suppressing democracy not only in Myanmar but across the world will triumph with (the spirit of) Gwangju," he added.

The national leaders also called for efforts to find the truth behind the massacre and recover victims' honor.

"There are still many truths that have to be revealed, from the bodies of victims yet to be found to truths about firings from helicopters and to those responsible for firings," the prime minister said.

"The Republic of Korea will never give up until the truths about May Gwangju are completely revealed." 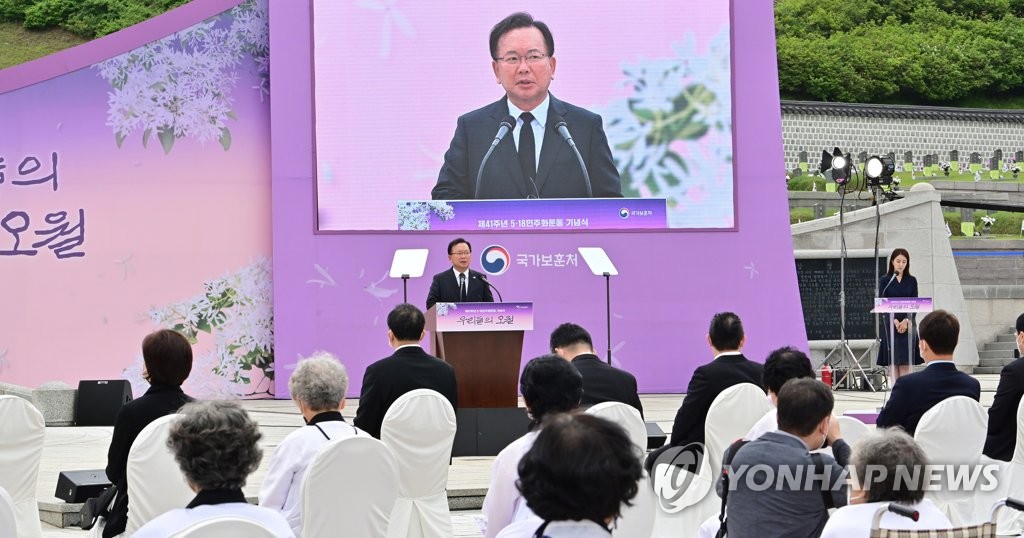 Kim reminded the audience of a former paratrooper who in March visited and apologized to the bereaved family members of a victim who was killed by his shooting at that time.

Kim called for those responsible for the killings to cooperate in finding facts and ask for forgiveness.

The official ceremony was held at a national cemetery for the victims with the participation of government officials, political leaders, protest participants and bereaved families of victims.

A total of 99 people attended the event, far fewer than usual due to the COVID-19 pandemic.
(END)